Is Foreign Aid Worth the Cost?

Bipartisan support for foreign aid has led to notable successes, such as the President’s Emergency Plan for AIDS Relief and long-running scholarship and technical programs for international students. Yet the U.S. public and many in Congress remain deeply skeptical of the value of such funding, questioning if it’s a fair trade-off when similar investments may be needed at home.

Bipartisan support for foreign aid has led to notable successes, such as the President’s Emergency Plan for AIDS Relief and long-running scholarship and technical programs for international students. Yet the U.S. public and many in Congress remain deeply skeptical of the value of such funding, questioning its effectiveness as an economic development tool abroad and wondering if it’s a fair trade-off when similar investments may be needed at home.

Going forward, the Obama Administration and USAID will be challenged to show the benefits of foreign aid—in terms of reducing poverty and advancing U.S. interests—in a political environment where such funding remains vulnerable to fiscal austerity measures, panelists said at the conference, “Is Foreign Aid Worth the Cost?”, part of The Wilson Center’s Congress Seminar Series, held Tuesday.

“Since the end of the Cold War, more funds are going for humanitarian and development assistance, but funding is still directly linked to our national interests. One in five American jobs is tied to U.S. trade, and the growth of our trading partners is our growth as well,” said the Hon. Donald Payne (D-NJ), ranking Member of the House Foreign Affairs Committee’s Subcommittee on Africa.

Citing successes, such as the anti-AIDS program begun under President George W. Bush, panelists also discussed shortcomings of U.S. policy. They noted that perverse incentives exist in the way that projects are bid on and then undertaken by U.S.-based contractors, and that aid frequently leads to unanticipated outcomes in host countries. Certain benchmarks, such as the amount of money spent on a project, also are ineffective at measuring project success, though they help to justify expanded and renewed budgets. In host countries, U.S. funds can also cause local economic distortions, such as the short-lived boom in the sale of consumer goods that follows the transfer of cash assistance to farmers, when such assistance is meant to generate enterprise. Domestic deficits in areas that foreign aid typically funds, such as road infrastructure, also prompt the question whether such investments make more sense at home or abroad.

Dean of the School of Foreign Service and a Professor of Politics, Georgetown University 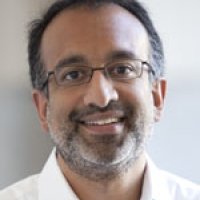