On January 24, 2018, the Wilson Center Africa Program hosted an event titled “Former Child Soldier Reintegration in Uganda: Lessons Learned from Africa and the Way Forward,” featuring Ms. Chidi Blyden-Rowe, former Director for East Africa at the Office of the Secretary of Defense and former Director of the Africa Program at the Center for Civilians in Conflict; Mr. Sasha Lezhnev, Founding Director of the Grassroots Reconciliation Group and Deputy Director of Policy at the Enough Project; and, Dr. Jamie Van Leeuwen, former Wilson Center Public Policy Fellow and Founder and CEO of the Global Livingston Institute. This event assessed current efforts to reintegrate youth from conflict zones into their communities. It explored lessons learned from international NGOs, governments, and other stakeholders to evaluate the effectiveness of current efforts. By identifying the barriers to more effective reintegration efforts, this event sought to offer policy recommendations and options for reintegrating youth from conflict zones into communities, schools, and work environments.

Ms. Blyden-Rowe opened the discussion with an overview of the diversity of experiences of child soldiers in the contemporary context, from those in Nigeria kidnapped by Boko Haram, to the increasing use of children as security forces for political leaders. She noted that a clear understanding of children’s experiences with trauma is vital for shaping reintegration programming. She also emphasized the importance of all parties being recognized and heard in the reconciliation process, and the need for a return to normalcy. Current challenges to reintegration include the weakness of government institutions, judicial processes, and formal disarmament programs; the lack of effective coordination between NGOs, multilateral organizations, and governments; the exclusion of local communities and traditional practices from reintegration processes; uneven and weak access to reliable healthcare, especially in war conditions; and, the need for further gender considerations in programming. Ms. Blyden-Rowe noted that programming that includes community sensitization, youth groups, clubs, education, and training, and that provides youth with spaces to go and gain skills, tend to be the most effective. Local community, civil society, and government institutions can promote positive images and lead mediation efforts in ways that top-down approaches cannot. She recommended the following three considerations for programs moving forward: establishing more local disarmament and reintegration programs that are run to operate in particular contexts, and that consider the available local infrastructure and include follow-up monitoring; using local community norms and cultures to design programs; and, bolstering efforts on the preventative side to address failures of institutions and lack of access to education, healthcare, and employment opportunities.

Mr. Lezhnev drew from his experiences with the Grassroots Reconciliation Group and the Enough Project to provide lessons learned in child soldier reintegration programming and offer some policy options. His major takeaways included making inclusive and long-term programming and psycho-social support priorities for any efforts. Reintegration work must not stigmatize child soldiers further by setting them apart from the rest of the community; while many NGOs receive grants to work with specific populations, they need to make their programming more inclusive of entire communities. Mr. Lezhnev also found through needs assessments that psychological trauma is one of the top issues concerning former child soldiers, often even above job training. Stigma around mental health presents an obstacle to addressing these concerns. Further, there are major downsides to one-off projects or trainings. Patiently working with groups over time on a regular basis is important for long-term success. Another issue that Mr. Lezhnev identified is that rebel groups, like the Lord’s Resistance Army in East Africa, are fueled by generating income from products such as ivory or gold, and long-term solutions must consider the financing of rebel groups. Targeted sanctions against the networks of armed groups and firm policies against smuggling are necessary to cut off the financial resources that fund conflict, and prosecutions should be pursued against violators. Private companies that consume products that rebel groups profit from should be engaged to reduce these practices.

Dr. Van Leeuwen offered insights from his experiences in Northern Uganda with his organization, the Global Livingston Institute. The Global Livingston Institute works with non-profits to encourage actors to listen and think before they enact programs. The Global Livingston Institute has partnered with local organizations to undertake qualitative interviews, which suggest that almost half of returned former child soldiers in the region perceive that they are unwelcome in their communities. This stigma and sense of alienation is a major roadblock to reintegration, as is the need for job training that leads to employment. Work skills training alone is not enough without the ability to move into employment, so the Global Livingstone Institute has partnered with the private sector to help couple their workforce development with employment opportunities. Whereas NGOs working in this space can too often create dependency, stakeholders should bring the private sector into the fold and work to create sustainable solutions. Dr. Van Leeuwen emphasized taking a long-term view of reintegration and evaluating the needs and desires of the community as a whole. Locally-owned research and efforts that are contextualized to individual communities yield more sustainable results. Partners can enhance those efforts by listening to the needs of communities and playing a supporting role. 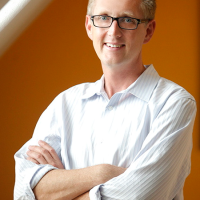 Former Director for East Africa at the Office of the Secretary of Defense, and Former Director, Africa Program at the Center for Civilians in Conflict. 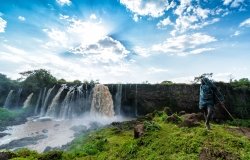 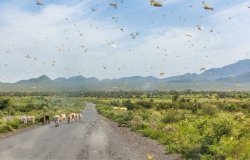