Skip to main content
Support
Show
Live Now
Moving Beyond Survival: Sixth Anniversary of Genocide of Yezidis and Christians
Watch Now
Play Video
Explore More
Close
Blog post
Democracy
So Let it be Written, So Let it be Done
By Sara Torres on July 24, 2020
Share on FacebookShare on TwitterShare via Email
Share
Event

A Forum on President Obama's Trip to Latin America

In anticipation of President Barack Obama’s trip in March 2011 to Brazil, Chile, and El Salvador, the Latin American Program and the Brazil Institute hosted a discussion with two of the principle architects of U.S. policy in the region.

A Forum on President Obama's Trip to Latin America

In anticipation of President Barack Obama's trip in March 2011 to Brazil, Chile, and El Salvador, the Latin American Program and the Brazil Institute hosted a discussion with two of the principle architects of U.S. policy in the region. Dan Restrepo, special assistant to the President and senior director for Western Hemisphere Affairs, National Security Council, and Arturo Valenzuela, assistant secretary of state for Western Hemisphere Affairs, Department of State, provided an overview of the objectives of the trip at a March 16, 2011, event at the Wilson Center. 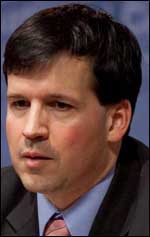 Obama's visit, said Restrepo, was part of the President's "sustained, high-level engagement" with Latin America. He characterized the region as "profoundly transformed in recent years, one that is economically ascendant," with many successful models of democratic transition that will be valuable partners in handling both global challenges and global opportunities. Brazil, Chile, and El Salvador each enjoy "pragmatic" political leaders who desire to deepen an already strong relationship with the United States.

"Brazil is a country [that] is very much a global player," Restrepo stated as he began a run-down of the needs and concerns Obama was sure to address in each country. The talks with the Brazilian government would focus on partnership with the United States on development, energy, and advancing trade and financial cooperation initiated at the Doha Development Round and in the G20. Brazil is the tenth-largest International Monetary Fund (IMF) shareholder, he noted. Regional concerns would include bilateral trade and investment, notably Brazil's "significant investment in major global sporting events." Both Brazil and Chile provide "robust examples of successful democratic transitions," Restrepo continued, reminding the audience that Obama views Latin American countries as partners, not "neighbors set apart." The discussions with the government of Chile would focus on using that partnership to enhance disaster response and would highlight Chile's leadership role in providing renewable energy. In Chile, Obama would give a speech to the entire region focusing on citizen security and climate change concerns and stressing the need for economic and social inclusion, education, and educational exchanges. Finally, Restrepo said, Obama and El Salvador's President Mauricio Funes would discuss citizen security in light of the drug trade, focusing on actions the United States is taking to curb "illegal flows from north to south" that abet narcotics trafficking. Immigration issues would also be at the forefront, as well as ways to enhance the local economy so that Salvadorans "will be able to live out their dreams in the country of their birth." 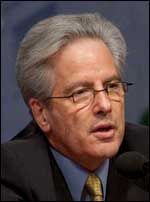 Assistant Secretary Valenzuela noted that "the President approaches this continent not in the way we might have in the past," highlighting the "extraordinary transformations" Latin American countries have undergone since President Kennedy's 1961 Alliance for Progress. Fifty years later, after enduring authoritarian regimes, the wars in Central America, and the debt crisis of the 1980s, the Americas have become dynamic, global economic players. While the United States would have once concentrated on providing assistance, now the focus is on genuine partnership aimed at improving citizens' lives. To that end, Valenzuela noticed a "paradigm shift" toward trilateral cooperation. After citing many of the concerns Restrepo mentioned, from climate change to disaster response, Valenzuela noted that Latin Americans want above all to become more competitive in the world economy, which means dialogue about "technology, innovation, education, and change."

In response to a question about why Obama had chosen to visit Brazil, Chile, and El Salvador and not other countries, Restrepo indicated that Colombia will host the 2012 Summit of the Americas and that he "fully anticipate[d]" that the president would attend. Valenzuela added that the three countries on Obama's itinerary are "emblematic" of the efforts throughout the region to create robust democracies. He also noted that Obama's election had restored the image of the United States in the region; polls by Latinobarómetro, for example, register the "stratospheric levels" of approval that Obama enjoys as compared to 2008, the last year of the Bush administration.

With respect to China, both Restrepo and Valenzuela indicated that the administration recognized the need to compete in the region and welcomed the diversification of Latin America's trading partners. Valenzuela noted that most of Latin American exports to China consist of copper, iron ore, and soy, and that 60 percent of the region's exports to China come from Chile and Brazil alone. Commodity income generates revenues that in turn are spent on U.S. manufactured products. Nonetheless, he did concede that the Unites States is mindful of the trade opportunities a continent of 580 million people represents.

Asked whether Obama would support a permanent Brazilian seat on the U.N. Security Council (similar to the state support for India's joining), Restrepo allowed only that the United States supports a "global architecture that reflects global realities," and that the issue would be discussed with Brazil's President Dilma Rousseff.