Skip to main content
Support
Show
Streaming
Preparations and Challenges Ahead of Brazil's 2022 Presidential Election
Watch Now
Play Video
Explore More
Close
Article
Gender Equality
The Wilson Center Stands on the Side of Afghan Women and Girls
May 12, 2022
Share on FacebookShare on TwitterShare via Email
Share
Watch Now
Part of the Hindsight Up Front: Lessons & Implications of Withdrawing from Afghanistan
Event

Frame by Frame: A Film Screening and Discussion about Four Afghan Journalists in Pursuit of the Truth

Join the Asia Program for a screening of Frame by Frame, an award-winning documentary film about four Afghan photojournalists reframing Afghanistan for the world, and for themselves.

After decades of war, four Afghan photojournalists face the realities of building a free press in a country left to stand on its own amid the withdrawal of foreign forces. The Wilson Center’s Asia Program is pleased to host the D.C. premiere of Frame by Frame, a film that follows these journalists as they navigate Afghanistan’s dangerous media landscape.

Through cinema vérité, intimate interviews, photojournalism, and never-before-seen archival footage shot in secret during the Taliban regime, Frame by Frame connects audiences with four people fighting to reframe Afghanistan—for themselves and for the world. After the screening, the Wilson Center’s Michael Kugelman moderated a conversation with the film’s two directors. 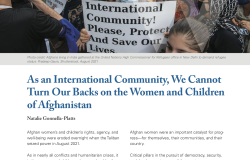 Publication
Gender-based Violence
As an International Community, We Cannot Turn Our Backs on the Women and Children of Afghanistan 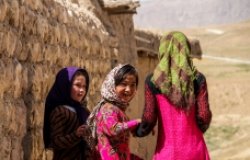 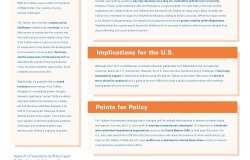