After sixteen years of Angela Merkel’s leadership, the next chancellor of Germany will have to define Germany’s relationships with the Great Powers. Nord Stream 2 and the conclusion of the EU-China Comprehensive Agreement on Investment (CAI) have put pressure on U.S.-German ties, even as the Biden administration seeks to form a more united front against China and Russia. Some Germans fear being caught up in Great Power competition; others argue that the next German government should adopt a more principled stance toward Russian and Chinese violations of basic international norms.

Join us for a transatlantic discussion of how Germans are debating their future Great Power relationships just weeks before the German federal elections.

“Let me just say a few words about the German elections and the different parties. Obviously, you have two pro-Russian parties in Germany, the AFD and Die Linke. They want much better relations with Russia. Die Linke wants to leave NATO if possible and they of course oppose sanctions. The CDU, the SPD, the FDP I would say all subscribe to data once was the bit to what was once the bitterly contested U.S. politique and all more or less subscribe to what Merkel’s policy has been, this mixture of dialogue, economic relations and then pushback on some issues.”

“We know that the Russians are actively interfering in the election campaign in Germany, both in some of the information that´s come out about particularly about Annalena Baerbock, her ties to George Soros, other things about her, but also very actively now with all the anti-vaccine false information that’s out there… aiding and abetting benefiting from the polarization that exists in these societies.”

“Germany is losing also its role as a bridge to Russia, I would even argue Russian leadership wants to weaken the EU and transatlantic relations and it means first of all to weaken Germany, but Germany is not seen from Moscow anymore as a bridge into the EU or as a lawyer of Russia’s interest but it is seen as a problem, as a country you have to weaken.”

“I expect a weaker chancellor, in any way as Merkel, it was also with regard to Russia, with a limited knowledge on the region… we will have a society leader and government who is an environment of a society who has no interest to be more tough on Russia and has rather an interest to be more cooperative with Russia”

“I also wanted to say some words about Russia and climate change because this is now the main narrative in Germany. We can work on climate change, green energy, sustainable development with Russia, but if you see who is the strongest lobby in Russia on this issue it is the oil and gas industry. So they have the strongest lobby and they have no interest in fundamental changes, even if the melting of the ice in Siberia is going on and they have fires all the summer there.”

“[About its relationship with China] The new consensus that is slowly emerging among the German parties is that what we are facing is actually competition and cooperation against the backdrop of systemic rivalry ... this is something that is going to shape the policies in the post-Merkel era very much. This is not something that just the greens, just the FDP, just the Christian Democrats or just the social democrats say but this is pretty much a slowly emerging consensus with different consequences.”

“China has self-declared decarbonization goals, it is heavily investing in green technologies, it is moving simultaneously on two tracks, it is heavily investing in coal to finance and to reinvigorate its economy after the COVID shock but simultaneously it is also investing in greening its economy and its seeking economic benefit that any first-mover advantage here will have and is seeking to position China as an integral part of the global green supply chain, so we will face China as a competitor, as a rival, and in some areas as a corporation partner on the climate dimension.”

“Germany is headed to general elections in just a few weeks and there is great discussion about how the next government’s foreign policy will look.”

“We are accustomed to having a discussion about Germany and Russia. That's a longstanding relationship obviously very close in some ways but fraught with complications and it’s become a particular issue in U.S.-German relations particularly because of the nord stream debate is still a hot issue in Washington.”

“My impression is, Germany never votes for change on election day. Change comes later, and in some other ways when Germany society a new consensus emerges. It seems to me that at the moment, despite the complexions different colored coalitions we are thinking about, its still on balance a large vote for continuity and basic approaches, but we shall see.” 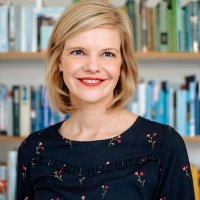