ASEAN member states find themselves on the frontline of U.S.-China competition. Russia’s involvement in Southeast Asia complicates an easy characterization of Russia-China alignment and speaks to its pursuit of its own strategic and economic interests in the region. In Vietnam, Russia has long enjoyed close ties to the ruling regime, and Russian oil firm Rosneft operates an oil well within waters that China claims fall inside its “nine dash line.” In the Philippines, Russia has worked closely with President Rodrigo Duterte and actively considered joint energy development projects in the South China Sea. Elsewhere, Russia serves as a significant arms supplier for some of the region’s militaries, and it has recently come under fire for its acceptance of Myanmar’s military takeover. What drives Russia’s renewed interest in Southeast Asia? How will Russia manage its ties to both China and its partners in the South China Sea? Will Russia continue to expand its involvement in the region beyond economic and security ties?

Amy Searight
“Although Russia has often talked about making a pivot to the East and really trying to focus on building a much more strategic relationship with Southeast Asia at various times in the post-Soviet era, I think they’ve never really managed to gain much traction in that effort and part of that is historical—part of that is geo-economic—and part of it I think is the lack of diplomatic ambition and focus that the Russians have brought to bear on that.”

“After the February 1st military coup that happened in Myanmar this year, Moscow has seemed to seek to fill the diplomatic void in a way that no other country has—even China has been more cautious than Moscow—so it has really stepped in forcefully. On the Armed Forces Day in late March, Russia sent its Deputy Defense Minister to the big military parade that featured not only tanks and other big equipment, but several Soviet-built military jets flying overhead.”

“Russia has interests in selling oil and energy and it has seen opportunities in the South China Sea to do some exploration of oil and energy. Its interested in selling military arms and equipment to a region that is relatively heavily armed and has been—because of regional tensions—looks to be ramping up its weaponry buying in the coming years, and Russia has an interest in promoting the image of a Great Power, certainly symbolically, it wants to be seen as a Great Power with two fronts, a European front and a Pacific front.” 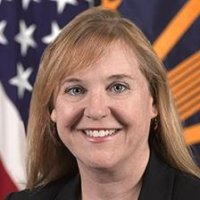 Senior Associate for Asia, Center for Strategic and International Studies