This event will be made into an audio recording
Stream will begin in approximately —:—:—

“Water security is about much more than access to H2O,” said Jane Harman, director, president, and CEO of the Wilson Center at the May 9 meeting, “Global Water Security: The Intelligence Community Assessment.” The event – part of the Wilson Center’s National Conversation Series – brought together a number of experts to discuss a recently released intelligence community assessment of global water security.

“Water will affect our ability to protect our environment, achieve food [security], provide energy security, and respond to climate change,” said Maria Otero, Under Secretary for Civilian Security, Democracy, and Human Rights at the Department of State.

The United States, Otero asserted, possesses a unique capacity to provide its global partners with the “science and technology to really…make a difference…at a scale that is significant.”

Water problems in countries important to the United States are likely in the next 10 years, Engel said. “Failure to properly deal with this [will] result in agriculture degradation, productivity-wise, in certain countries that will affect them locally and effect global markets and also disable their ability to really succeed economically.”

The National Intelligence Council (NIC), which directed the intelligence community-wide assessment, looked most closely at the strategically important states that cover “the geography between the Nile and the Mekong, where there was a clear intersection of U.S. national security interests and risks to water availability,” said Yost.

In the near-term, economic development and population growth are “the more significant drivers as compared to climate change,” said Engel. However, “beyond 2040 that equation might change significantly.”

Water challenges could trigger social disruption, and in some states where other stressors exist, state failure is possible, Engel said. He pointed out that if these states are stressed, one impact will be that “they won’t be able to support…U.S. policy objectives.”

In other instances, water may be used as leverage between states; for example, “one state would potentially develop its water activity first and deny another state the access to that water.” Or, we could see “water potentially being used as a weapon” by terrorists or by states seeking to marginalize sections of their own populace, said Engel.

Water as a factor in more traditional conflicts between states was seen as unlikely, but plausible, in the next decade.

Diplomacy and Engaging Across Sectors

Several years ago, “getting outside the boundaries of traditional security and traditional definitions of national security was hard,” Laipson said. But “it’s not a hard sell anymore; people really…understand the interconnectedness of hard security and soft security.” Working on these connections requires engaging across sectors and scales and opening up the floor to many different actors.

It is important “to make sure that everybody sees a stake and that this isn’t being done to accrue power or prestige to the United States,” said Laipson. “We’re in the mix with everybody else to try to solve the problem.” “People have to have a more wide-angle lens view of who are the stakeholders,” she said. In many states, “when you bring the water engineers and the hydrologists together…they don’t want to become political actors, they don’t want to be dragged in to brief the prime minister or face the press.”

At this intersection of diplomacy and development, said Jones, “you have to deal with the issues of the local economies ability to produce what it needs in terms of food and energy and…about how you reach out to other donors and other partners.”

Despite the difficulty, outreach efforts are critical because local actors are often the most knowledgeable, Laipson said. She pointed to the example of the Mekong River, which is shared by millions who, despite not seeing themselves as national security actors, possess critical knowledge about the river system and what future changes might mean for their livelihoods and stability.

In some countries the water security story will be all about cooperation, while in others, there is a real need for concern, said Laipson. “Water problems get managed at the sub-national level and at the super-national level. So, you have water authorities that can do the right thing in part of the national territory, even if at the national level, the policies aren’t so great.”

“The real world is going to be about the disaggregated realities,” she asserted.

Capturing these nuances is difficult said Engels. “Not enough hydrological models are available globally to really understand what’s taking place,” and often the data that is available is simply too aggregated to provide a detailed understanding.

Community-level stories help illustrate the real impact of scarcity and quality issues that sometimes seem abstract, said Cousteau. “We hear a lot about the ‘global water crisis,’” she said. “Part of it is a very immediate human tragedy that we have to address…but we don’t talk enough about the coming human tragedy if we don’t look at these river systems and maintaining their integrity…to support healthy communities.”

These changing river systems “have to satisfy demands from a lot of different, both powerful and not powerful interests,” Cousteau said. “We need to continue looking at these rivers as ecosystems…and understand it’s the systems that provide us with buffers.”

Institutionalizing the protection of these buffers and ecosystem services make a real difference to the security of individuals and of states, she argued. For example, Botswana’s Okavango delta “still exists because, in spite of the fact that the water originates in Angola, which was torn apart by civil war [and] runs almost 2000 miles to the Okavango delta passing through Namibia, which is a desert nation, they have recognized that the Okavango delta needs to exist.” People in all three countries have established atrans-basin commission designed to make cooperative decisions about the watershed system.

Encouraging this sort of collaboration is critical to avoiding water-related conflicts, which have thus far been extremely rare.

“Nearly every sector of human activity relies on water resources,” said Harman, yet “freshwater has no direct substitute.” Taken in aggregate, the bottom line, Otero asserted, is that “left unaddressed, water challenges worldwide are going to present a threat to U.S. security interests.”

Assistant Secretary of State for Oceans and International Environmental and Scientific Affairs, U.S. Department of State 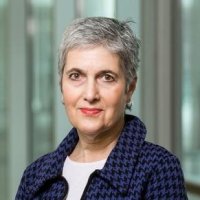