A seminar was held to analyze Honduras' internal struggles and isolation from the Inter-American system.

One year after internationally-monitored elections in Honduras, the international community remains divided over the legitimacy of the 2009 presidential elections and recognition of the Porfirio Lobo government. Important issues remain in the debate, including the implementation of the San José Accord negotiated in the wake of the coup against President Manuel Zelaya; the work of the Truth and Reconciliation Commission amid widespread allegations of ongoing human rights violations; and the fate of former President Zelaya himself, living in exile and for whom an arrest warrant in Honduras was outstanding. Honduras remains politically polarized, and its international isolation further complicates the country's ability to tackle its formidable economic and social challenges.

To further analyze Honduras' internal struggles and isolation from the Inter-American system, the Latin American Program convened a seminar on December 13, 2010, featuring Secretary General of the Organization of American States (OAS) José Miguel Insulza, as well as key Honduran and U.S. policymakers and experts on the region. 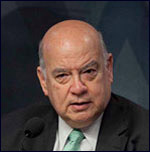 Secretary General of the OAS José Miguel Insulza argued that the current political divisions in Honduras can be traced to the 2009 coup, which was supported by a broad coalition of actors, including the Supreme Court, the Congress, the Attorney General, the army, the business community, and the Catholic Church. While the international community universally rejected the coup, reactions to the 2009 presidential elections were more varied. OAS member countries continue to question whether these elections were contaminated because they were carried out by a de facto government. With the exception of Nicaragua, all Central American governments have officially recognized the Lobo administration, but many South American countries, wary of returning to a pattern of forcefully removing elected leaders, continue in their refusal to recognize the new Honduran government.

In order for Honduras to be readmitted to the Inter-American system, Insulza highlighted two issues requiring resolution: Zelaya's return and the state of human rights in the country. Insulza insisted that Zelaya was being treating unfairly in that he was "the only one taken to court" while those who fomented the coup were not. The OAS is not pressuring for Zelaya's return to Honduras, but rather that the conditions necessary for his return be established. Insulza argued for Honduras' reincorporation into the OAS on the grounds that Honduras should be afforded the same treatment as other Latin American countries facing limitations in their transition to democracy. Honduras' many challenges – human rights abuses, weak democratic institutions, and an increase in crime, among them – asserted Insulza, could all be better addressed if the country were a part of the Inter-American system. 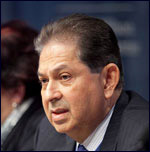 Ambassador of Honduras to the United States, Jorge Ramón Hernández Alcerro, called for understanding events in Honduras in a longer time frame, noting that the events of June 2009 had their origins in the constant deterioration of political and social conditions following Zelaya's election in 2006. "Where was the OAS when the situation was deteriorating?" he asked, indicating that the OAS should and can play a preventive diplomatic role in such situations, not just when a crisis erupts. He said that "elected autocratic" governments in the region that continue to change the rules of the game should be a subject of reflection within the OAS. Denouncing those countries still refusing to recognize Honduras' popularly-elected government, Hernández Alcerro argued there must be mechanisms for legitimizing a regime to avoid the kind of international limbo experienced by the Lobo government. Indeed, he claimed that the OAS has been weakened by its failure to meet the challenges of situations like the events in Honduras and is losing power to other regional organizations that have been better able to address them.

Hernández Alcerro highlighted Lobo's efforts toward reconciliation in the country. These efforts include Lobo's formation of a government of national reconciliation and integration that includes representation of all five political parties, and the constitution of the Truth and Reconciliation Commission tasked with studying how to avoid a crisis such as the one suffered in 2009. 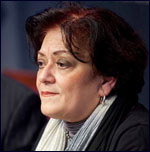 Leticia Salomón of the Centro de Documentación de Honduras (CEDOH) argued that Honduras still suffers a crisis of legitimacy and that all institutions had lost respect in the eyes of the public. Key institutions – the Congress, the armed forces, the media, and the Church – are operating "in a bubble," as if they had nothing to do with the 2009 coup; such institutions were working to improve their public image while being complicit with the divisive forces affecting the country. Other institutions, such as the Supreme Court and the Attorney General's office are aggressively and openly engaged in divisive politics and as such, constituted "part of the problem" rather than the solution. The resistance, on the other hand, is now less visible and more fractured while society's most important demands – namely, punishing the perpetrators of the coup and human rights violations and restoring the rule of law – are still unmet.

Lobo, Salomón argued, is a legal but not a legitimate president because the electoral process by which he came to power is irrevocably contaminated by the coup. Lobo is caught between the sectors that supported the coup and the sectors of the resistance, she said, noting that social opposition to the government was broader than political oppposition. On the international front, Lobo has been incapable of distancing himself from the coup and consequently, asserting his legitimacy. Salomón believes that peace in Honduras and the country's readmission to the OAS can only occur through the political reconciliation of the two extremes in the country; unfortunately, such reconciliation is extremely improbable under the current circumstances. 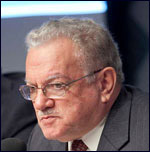 Eduardo Stein, former Vice President of Guatemala and Coordinator of the Honduran Truth and Reconciliation Commission assessed the challenges facing the Commission and the region as a whole. The Commission was tasked with examining the events before, during, and after the coup in order to provide the Honduran people with tools necessary to avoid similar crises in the future. This process involves examining the political exclusion that led to the 2009 coup, an examination that must be carried out throughout the entire country. Nevertheless, the Commission has confronted challenges to its legitimacy as it was established by a president who himself suffers problems of legitimacy. As Lobo is caught between two extremes, the Commission is viewed by both political factions in Honduras as an agent of the other side.

Stein noted that the situation in Honduras is symptomatic of difficulties throughout the region where there is little capacity for dialogue or the creation of basic agreements between polarized actors. Political exclusion by all parties—not just President Zelaya—helped create the situation of crisis, but Zelaya himself amplified the fears of the middle class and private sector that he was headed in a direction similar to that of President Hugo Chávez in Venezuela. The political atmosphere in Honduras is poisonous; Honduras, like other countries in Central America, suffers a high level of polarization that make it difficult to agree on policies to address national problems. Because the countries of Central America are so closely connected, the political health of Honduras is of paramount importance for the region. The situation in Honduras is even more troubling because the country was previously seen as an example in the region of how to use democratic channels to mediate conflict and broker agreements.

According to Facundo Nejamkis, Professor at the Universidad de Buenos Aires and former advisor to the Secretary General of the Union of South American Nations (UNASUR), the situation in Honduras is highly troubling given the legacy of coups, dictatorships, and authoritarian governments in the region. Particularly worrisome for Nejamkis is the active role of the military in the 2009 political crisis in Honduras and the way the coup legitimized the notion of "benevolent coups" in which the military intervenes not to take political power but to remove an unpopular president from office. Nejamkis argued that it is impossible for the UNASUR countries to restore relations with Honduras and readmit the country to the Inter-American system without prosecuting the perpetrators of the coup, allowing Zelaya to return to Honduras, and securing a strong commitment by the Honduran government to uphold human rights. Honduras should not be excluded from the OAS for life, he said, but neither should its reincorporation be on the basis solely of "moving on."

Julissa Reynoso, Deputy Assistant Secretary of State for Central America and the Caribbean, synthesized the official U.S. position on the crisis and the events surrounding the coup. She argued there needs to be a path for reconciliation within Honduras and with the international community and admonished policymakers to prevent similar crises from occurring by addressing the larger institutional deficiencies and challenges in Honduras that led to the crisis. Reynoso said that the Truth and Reconciliation Commission constituted a positive step and envisioned a broad role for the OAS in the reconciliation process. Zelaya's return in a manner consistent with Honduran law would "help the reconciliation process," she argued. The challenge for the United States, according to Reynoso, is to find ways of moving beyond the current political stalemate in Honduras to deal with the critical problems plaguing Central America – social and political inequality, crime and violence, and a lack of private sector involvement in the development agenda.

Ambassador of Honduras to US

US Department of State