Hong Kong and US-China relations: What Are the Options?

Friday
2:00pm – 3:30pm ET
Get Directions
This event will be webcast
Stream will begin in approximately —:—:—

Please join the Wilson Center for dispassionate analysis of the options facing the demonstrators, the Hong Kong government, Beijing, and the United States.

“One of the origins of this eruption of conflict and protests is a sense of desperation among young people that feel that political participation has been shut down for them, and then they think it is justified [for them] to do more confrontational and militant action to voice their demands. My advice to the Hong Kong government, is to open the channel of political participation for these young people through elections.”

“The 1992 Policy Act was an attempt to try and create a separate space for Hong Kong. [It] was seen as a kind of gift, if you will, of the American people to Hong Kong, but also an encouragement on the part of the US government to the PRC to govern Hong Kong with a light touch. And, in return, guarantee to Hong Kong some of the benefits that both the mainland and Hong Kong wanted to have continued, with regard to Hong Kong separate status – as this new, and by that time, untested, special region of China under the 1982 Constitution.”

“I think in 2014, it became clear that the democratic reforms that were expected, including universal suffrage, and the ability to choose the chief executive by a popular vote, those hopes were completely dashed. Once that happened, it both led to the outburst that led to the Umbrella Revolution in 2014, but also created the atmosphere we have today with regard to the unlikelihood that things will be peacefully, or pleasantly, resolved between the PRC and Hong Kong. More importantly, this is going to put stresses on the United States’ support, both for the PRC’s government handling of matters in Hong Kong, but also the ability to continue to ignore some of the problems that have persisted since 1997, [and] exacerbated after 2014, that made it clear that the rather rosy expectations that lay behind that 1992 Hong Kong Policy Act were likely to be dashed.”

“I think Beijing has already made a choice, and the choice came from the communique from [Communist Party] plenary [on] October 31st. And the choice is very clear, which is rather than catering to the protesters’ demand and giving Hong Kong more political rights, Beijing will tighten the control of Hong Kong. More specifically, the question raised [in] the central thesis of that communique is how to promote comprehensive control and rule of Hong Kong by the central government.”

“The situation in Hong Kong today is precisely the accumulation of the previous policies. That those problems were not properly addressed, and that those problems were buried under the surface, and they are bound to escalate. And it has happened during his leadership years, so he has to be the one to come out to deal with this tough situation.” 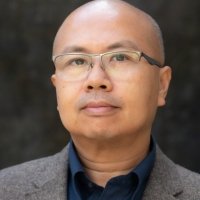 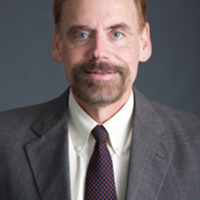