Peacebuilding and post-conflict transformation are increasingly becoming integrated elements of international strategies for peace processes. Currently, a growing debate in policy circles is focused on the inclusion of civil society stakeholders in these processes.

Peacebuilding and post-conflict transformation are increasingly becoming integrated elements of international strategies for peace processes. Currently, a growing debate in policy circles is focused on the inclusion of civil society stakeholders in these processes. This was the subject of a public policy dialogue hosted by the Wilson Center's Project on Leadership and Building State Capacity, along with co-sponsors American University School of International Service and Institute for Inclusive Security, on October 19, 2009.

As strategies shift from unilateral approaches for peacebuilding to integrated, multi-pronged, holistic ones, it is generally recognized that negotiations are an important element of these processes. Surprisingly, the active role of civil society representatives in peace processes, particularly throughout negotiation phases, has not yet been universally accepted by policy makers. Anthony Wanis-St. John, Assistant Professor in the International Peace and Conflict Resolution graduate program at American University, has conducted research in this area and supports the argument for the inclusion of civil society stakeholders. Wanis-St. John began the panel discussion by stating that, "Historically, the general rule of thumb has been to find the minimum number of people included that can reach the broadest level of achieving negotiation aims, but now there is an emerging norm of inclusivity." The recognition of the need of civil society actors to participate in these processes, particularly with regard to post-conflict societies, is, in his view, a step in the right direction for achieving sustainable peace.

However, this consensus on inclusion raises important questions. When is it appropriate to include civil society members in negotiation processes, and how should negotiations be designed to reflect this change? There are both pros and cons to including civilian groups, which Wanis-St. John outlined in his presentation. There is an understandable need for secrecy at the delicate opening stages of negotiations when key protagonists are being engaged for the first time. "Efficiency," he said, "is a key objective for international mediators and the increase in numbers of players at the table endangers the process of achieving an agreement in a timely manner." However, poor implementation of the agreement is a characteristic by-product of exclusion. By including multiple civil society stakeholders during the development of the implementation stage of the negotiation process, the seeds are laid for a societal buy-in and sense of ownership of the final agreement. If civil society is allowed input on how to implement peace agreements, then the stakes of achieving successful implementation are higher. It increases pressure on those in power to become accountable for their actions and creates vertical integration that connects the top with the bottom levels of society. Wanis-St. John concluded with a recommendation to provide training and capacity building measures to civil society stakeholders in order to equip them with the knowledge and skills that are needed to gain a seat at the table.

Elizabeth McClintock, Managing Partner at CMPartners, continued with an elaboration of the theme on the importance of including civil society stakeholders during the implementation 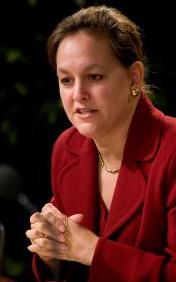 phase of peace agreements and raised many important questions. What is civil society and how is it defined? Who is in charge of the activities that are outlined in implementation strategies and how are resources being allocated to ensure that they are being carried out effectively and efficiently? McClintock gave the example of Burundi as a case study for including civil society in the post-agreement implementation phase. However, her research focuses on whether or not Burundian civil society, or any civil society, replicates the very fault lines and competing interests that have been at the core of the conflict and which peace builders are trying to move beyond.

Burundi went through a 13-year civil war, characterized by ethnic divisions, lack of access to resources, and inequitable power distribution between opposing groups. During the negotiation phase in 1997, the mediation led by Tanzanian president Julius Nyerere efforts only included the government, recognized internal political parties and main rebel groups, excluding all other stakeholders from sitting at the table. Due to its exclusive nature, the needs of other civil society groups and rebel elements with legitimate constituencies were not taken into account and therefore, the peace agreement reached was fragile and doomed to failure. The negotiations would have been more effective had other voices been included in the process. McClintock discussed the current situation in Burundi and "the changing nature of its civil society to be more inclusive during the implementation phase of peace agreements." In conclusion, she argued for the development of better strategies to include civil society organizations in the allocation of resources for implementation purposes. The buy-in from local populations when included in such processes is imperative to a sustainable, successful implementation of these processes.

Taking a slightly different perspective, Carla Koppell, Director of the Institute for Inclusive Security, started her discussion by stating that the philosophy of her organization is that more inclusive peace processes will bring about peace. Through research conducted 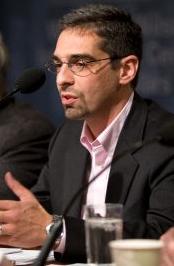 within the institute, she argued that more inclusive peace processes are much more successful in preventing post-conflict societies from returning to violence. Koppell presented examples from Guatemala and Northern Ireland to Sri Lanka and Darfur that highlighted the positive outcomes of women's participation in particular in peace negotiations.

From the examples given, each context was different and each role that women took was unique to the situation in which they were involved. However, some critical results emerged from their participation. For instance, imperative issues that otherwise would have been forgotten, such as sexual violence and rights for women-headed households, were often included once raised by female voices. They served not as an area of contention between the opposing sides, but instead as unifying issues that created an entry point to move forward with negotiations. Furthermore, women were able to create a bridge between warring factions because they were able to unify across the institutional and factional divisions as women sharing similar concerns. This enabled a dialogue to develop, which created a less belligerent atmosphere, as well as a cycle of communication, linking exclusive negotiation processes with the needs of local communities. Koppell stated that these examples "highlight some of the ways where we can see that if we bring these people in at the right time, we can create a durable peace."

Even though different methods and theories of inclusion were presented during the event, there was one central theme that was inherent to all of the panelists' presentations. Civil society actors must be included in the implementation phase of peace building because of the community buy-in that is created as a result of this participation that plays a major role in the implementation of the agreement. Determining the appropriate entry level and timing for civil society stakeholders' participation in negotiation and other peace processes is imperative to their success.