Skip to main content
Support
Explore More
Close
Blog post
Conflict Resolution and Peacebuilding
Putin on Moldova: What Can We Still Learn from a 2003 Failure?
By William H. Hill on January 15, 2021
Share on FacebookShare on TwitterShare via Email
Share
Event

Innovative Partnerships for Peace: The Role of Extractive Industries in Resource-Based Conflict Prevention and Mitigation

Innovative Partnerships for Peace: The Role of Extractive Industries in Resource-Based Conflict Prevention and Mitigation

The extractive industry sector needs "a vision of resource extraction that actually leads to development. We've got quite good at stopping the worst things going wrong, but that's not enough," said the World Bank's Jill Shankleman at "Innovative Partnerships for Peace: The Role of Extractive Industries in Resource-Based Conflict Prevention and Mitigation," an event sponsored by the Environmental Change and Security Program (ECSP) on January 9, 2008. The panelists analyzed existing frameworks for preventing resource-based conflict and presented Latin American case studies in which extractive industry companies have attempted to promote peace and stability. The event served as the launch for ECSP's new expert meeting series "New Horizons at the Nexus of Conflict, Natural Resources, and Health," which is funded jointly by USAID's Office of Natural Resources Management, its Office of Population and Reproductive Health, and its Office of Conflict Management and Mitigation, with technical support from USAID's Asia and Near East and Africa bureaus.

Driven largely by China's surging demand for petroleum and minerals, the 1990s witnessed a significant increase in oil, gas, and mining activities. State-owned companies in China, India, and Malaysia expanded internationally with great success, while many new independent companies cobbled together holdings in small or partially depleted oil fields and mines to take advantage of the sector's growth. According to Shankleman, involving these state-controlled companies and "junior" independents in conflict prevention efforts will be a major challenge for international agencies, NGOs, and governments.

The extraction of a country's natural resources—whether oil, gas, or other minerals—can support or encourage corruption, environmental degradation, and the unequal distribution of economic benefits, leading to instability and conflict in places as diverse as Sierra Leone, Angola, Indonesia, and Brazil. As the boom years progressed, academics and some NGOs, as well as extractive industry companies and policymakers, began to recognize that "discovering oil—discovering big, recoverable…mineral resources in poor or transitional countries—was going to lead to as many problems in terms of development and stability in those countries as it was going to lead to positive change and development," said Shankleman.

"I'm more optimistic than many people about the possibility of involving some of the Chinese companies in this because they are beginning to face the same risks and the same problems that led Western companies to think about this stuff a few years ago," said Shankleman. In Beijing, she observed that "many of the mining companies were talking about the need for sustainable development strategies, the need to understand these issues."

To be successful, Shankleman believes conflict-mitigation efforts must not only avoid risk, but actively promote local community benefits. "It is just not going to be politically sustainable to continue to develop energy resources in poor countries for export when people living around the sites don't have electricity," she argued.

An Innovative Approach in Peru

Even a company enthusiastic about contributing to the community faces challenges, explained Conservation International's Assheton Carter. In 2004, the mining company Xstrata created the $47 million Las Bambas Social Contribution Trust Fund—on whose board Carter serves—in return for to the rights to explore an area in southern Peru for a potential copper mine. Yet very little of the fund has been used, due to wrangling between local, regional, and national governments and the community over how to spend it, and Xstrata has had to intervene in the politics surrounding the fund's administration. In addition, said Carter, the fund does not have a robust pipeline of projects to finance, as the local community lacks the capacity to design and implement them.

Nevertheless, Carter believes it is crucial to take stock of the potential environmental, social, and security impacts in "the very early stages of a project, which at the moment companies don't do," he said. Environmental and social considerations have a far greater chance of influencing a project's design before a company has committed significant resources to it. Waiting to raise such considerations until the environmental impact statement is released drastically reduces the likelihood of changing the project.

Carter believes extractive industry companies are becoming increasingly aware of, and responsible for, the impacts of their projects. The companies his organization works with "realize that they do have a responsibility to act as civilized neighbors and not to shirk difficult situations," he said.

Avecita Chicchón of the Wildlife Conservation Society (WCS) presented a case study of a successful negotiation between an extractive industry company and a local community group. "The alliance between an indigenous people and a conservation organization was the key" to avoiding conflict between Gas Transboliviano (GTB) and the indigenous Guaraní people of Bolivia over the rights to build a gas pipeline through a national park and indigenous territory, she claimed. "Ultimately, the corporation also became an ally for conservation and a promoter of indigenous development, but the road to arrive to that outcome was not an easy one."

In 1991, WCS and the Capitanía de Alto y Bajo Izozog (CABI), an organization representing some of the Guaraní people, began working together to protect the Bolivian part of the Chaco, the most unspoiled portion of a vast ecoregion that stretches across Argentina, Paraguay, and Brazil. The health of the Chaco is threatened by sport hunting, trade in wildlife products, farming and ranching, road and infrastructure development, and energy exploration.

The WCS-CABI collaboration led to the creation of the Kaa-Iya del Gran Chaco National Park and Integrated Management Area in 1995, which designates 3.4 million hectares as a protected national park and 1.9 million adjoining hectares as indigenous territory. The Guaraní are responsible for managing these two areas, a level of ownership no other South American indigenous organization has achieved, said Chicchón.

After the park was created, the Bolivian government awarded GTB the concession to build the Bolivia-Brazil gas pipeline, which was slated to cross through both Kaa-Iya del Gran Chaco National Park and the indigenous territory. "At the beginning, GTB was not interested, necessarily, in addressing the long-term objectives of the indigenous people, but after many conversations and negotiations, the company understood the importance of creating a financial mechanism that would sustain the development of the indigenous people by securing the titles over their land and also by establishing a trust fund to secure the management of the national park," said Chicchón.

All the speakers agreed that both companies and communities must be committed to negotiations to ensure that extractive industry projects do not lead to conflict. There is no one-size-fits-all solution, however: Each situation requires its own unique plan for preventing and mitigating insecurity.

Drafted by Rachel Weisshaar and edited by Meaghan Parker. 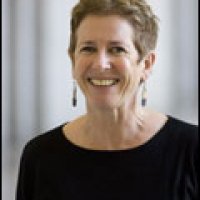