Integrating Mexican Immigrants: New Challenges for the U.S. and Mexico

The Mexico Institute and Georgetown University’s Institute for the Study of International Migration are pleased to invite you to the presentation of a study that addresses the size, characteristics and level of access to social services of Mexican immigrants, and the consequent policy challenges to both countries.

Integrating Mexican Immigrants: New Challenges for the U.S. and Mexico

In 1995, the Mexican and U.S. governments decided to launch a binational study of migration to arrive at an academic consensus on the state of migrant movements and migrant populations in both countries. The study was also intended to counteract one-sided, unsubstantiated characterizations of Mexican immigration in the U.S. The study's findings became a reference for most specialists. Since then various research groups have resorted to similar initiatives to update and revise our knowledge of Mexican migration on the basis of the most rigorous analysis possible.

The latest – unexpected – turn of events consists of the stagnation of the Mexican population of the U.S., together with the rapid rise of the return migrant population in Mexico. This study, carried out by 28 researchers from both countries, addresses the size, characteristics and level of access to social services of this population, and the consequent policy challenges.  Several experts will describe their major findings and detail the binational findings on the education of migrant youths in both countries.

Director, Institute for the Study of International Migration, Georgetown University

Director of Policy Studies, Institute for the Study of International Migration, Georgetown University 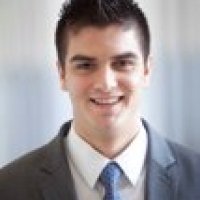