Jerusalem: Is There a Solution? And Are Israelis and Palestinians Ready for One?

“The fact that everybody knows, quote unquote, where this solution is going may provide some measure of comfort to those who have not had experience in an actual negotiation with real-life Israelis and Palestinians. But it is of no comfort and very little utility to the will and skill that is actually required to deal with these issues.”

“There have been three breakthroughs… in the history of the Arab-Israeli peace process. All of them, without exception, were preceded by an... intricate joining of pain, on one hand, and the prospects of gain, on the other. That is what moves leaders who are genuinely fearful of making decisions.”

“If you looked at the way history has dealt with Jerusalem and those who have contested over it, [it] strikes me that the dominating theme was that Jerusalem was never designed to be shared by anyone. Its strategic imperative… was that Jerusalem should be possessed by the nation, by the tribe, or by one confessional group’s vision of their divine and their God.”

“This is a real estate deal in only a very narrow sense. It’s much more than a real estate deal. But it is real estate. And with real estate, there is this notion of possessing. So I see almost no chance that a way to fix this is [to] somehow remove sovereignty and reposit it or deposit it in some external authority.”

“The present status of one side insisting on sovereignty and asserting it by force is not a solution. That will not lead to any peace deal.”

“For the city, itself… [divided sovereignty is] probably doable in the right overall circumstances and in a fundamental decision by both sides that a decision to reach an agreement is in their… own, individual, national interest.”

“[The Jerusalem Old City Initiative] is suggesting a different kind of special regime… The special regime would be governed by a board made up of Israel and a new state of Palestine and others that the two might decide to invite… There would be a religious council set up to provide guidance on access and worship and holy sites, which could also just continue under present administration.”

“Can’t we have an open city? On the map, there’s a division of sovereignty… The problem [is] that, in reality, to create this open city, there are too many security and economic complications, in terms of creating a huge gap in what should be a sealed, two-state solution.”

“As we look at the issue of Jerusalem, and as we discuss it as a bilateral, Palestinian-Israeli issue, one component that is key — if we want to have a deal — is to remember that in any deal, the Jordanians… [have] to have a clear, strong presence or part, because Jordan is a guarantor. Without Jordan, I don’t see the deal being struck.”

“[Jerusalem] is a binational city at the epicenter of a global, regional, and local conflict, in which you have two national collectives, one of which is politically empowered, and the other is permanently disempowered… That cannot be reformed… it only can be ended.”

“We are living in a bubble, [an] acute state of disequilibrium. And at some point, this will right itself, and [we’ll] arrive at a new state of equilibrium, either through robust political engagement, which is not going to happen, or a catastrophic and, likely, violent event.”

“In Jerusalem, emphatically, the two-state solution is alive, because the border exists almost precisely where the border would go, were this to be negotiated in good faith. And we know that that’s not in the cards. But were there to be negotiations, it would not be the creation of a new border, but fleshing out an existing border.”

Three experts offered their perspectives on peace efforts in Jerusalem, residents’ outlook on the issue, and analysis on feasible solutions going forward.

On June 26, 2017, the Middle East Program at the Wilson Center hosted the event “Jerusalem: Is There a Solution? And are Israelis and Palestinians Ready for One?” with Arthur Hughes, Former Deputy Chief of Mission at the U.S. Embassy in Israel, and former senior advisor to the Canadian Track II project on the Jerusalem Old City Initiative; Ghaith Al-Omari, Senior Fellow at the Washington Institute, and former advisor to the Palestinian negotiating team; and Danny Seidemann, Israeli attorney specializing in the geopolitics of contemporary Jerusalem. Aaron David Miller, Vice President for the New Initiatives at the Wilson Center, moderated the event.

Seidemann began by quoting Moshe Dayan, the defense minister of Israel at the time Jerusalem came under Israeli rule in 1967 following the Six-Day War. The day before the victory, Dayan asked why Israelis needed to capture Jerusalem in the first place, and after the victory, Dayan stated, “We have returned to all that is holy in our land. We have returned never to be parted from it again.” Seidemann pointed out the evolving perspectives of individuals such as Dayan to highlight the intricacies of the situation beyond a religious lens. He went on to discuss the demographics of the Old City, stating that 35 percent of the population is Palestinian and noting that it will continue to become more binational as time goes on. Seidemann indicated that rising tension is a result of the Palestinian population feeling abandoned in their struggle to overcome the occupation; he noted that the rounds of violence the region experiences will continue to intensify. In response to a question from Miller, Seidemann said the two-state solution is alive in Jerusalem because a border already exists.

Al-Omari began by emphasizing Seidemann’s point that the Palestinian population feels abandoned and has no sense of attachment to Israel, which he argues makes it more difficult to reach an agreement. He stated that the main issues surrounding the conflict are issues of territorial division and sovereignty. According to Al-Omari, the Palestinians would not settle for a divided Jerusalem, and an open city is unrealistic because it creates security complications. Al-Omari explained that there is no controversy regarding the oversight of the Temple Mount, because each religious group governs their own religious sites. He noted that the problem lies within the question of sovereignty, which is not a legal concept, but an “attachment.” Through this concept of attachment, he said both parties have been attempting to prove that they deserve to own the land because of their identities and historical narratives. Al-Omari ended by remarking that Jerusalem is a bilateral issue, and he does not foresee a deal being struck without the involvement of the Jordanian royal family.

Continuing the discussion on sovereignty, Hughes asserted that divided sovereignty would be the best outcome because it is unlikely that either side would write off access to their religious sites forever. Reiterating Al-Omari’s point, Hughes stated that this is not just a Palestinian issue but also a Jordanian issue. Also in congruence with Al-Omari, Hughes said additional checkpoints needed to enable Jerusalem to be an open city would be rejected by the Israelis. He indicated that Israelis would refuse to be subjected to checkpoints because they already have full access to the city, therefore making the notion of an open city impractical. Hughes suggested that through a special regime, the issue of sovereignty in Jerusalem could be set aside until a larger peace deal is brokered. This approach, through UN involvement, would assign equal authority to each side through a mandate until a solution is reached. He also suggested a religious council comprised of both parties to govern the religious sites. Hughes ended his remarks by stating that asserting sovereignty will not lead to peace.

Miller concluded the discussion by noting that with regard to sovereignty, history has not been an ally. He said that a dominating theme throughout history has been that Jerusalem was not meant to be shared by anyone. The only way to reach a permanent solution, Miller suggested, is through a package where there are tradeoffs within issues and tradeoffs between issues, because this conflict continues to be a territorial and identity dispute.

Former Deputy Chief of Mission at the U.S. Embassy in Israel, and former senior advisor to the Canadian Track II project on the Jerusalem Old City Initiative

Senior Fellow, The Washington Institute, and former advisor to the Palestinian negotiating team

Israeli attorney specializing in the geopolitics of contemporary Jerusalem 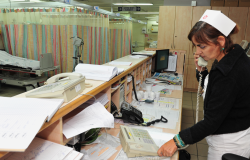 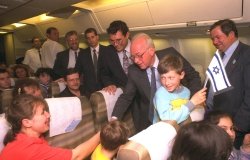