Kennan Long View Series | There is Nothing for You Here

Fiona Hill is among the leading Western experts on Russia and the former Soviet Union. Her distinguished career has combined government service, work at the Brookings Institution and many publications. In her widely acclaimed book, There Is Nothing for You Here, Fiona Hill has synthesized memoir, history, political analysis and policy recommendations. One of its subjects is Putin’s Russia—how it came into being and what its foreign policy is. Another of its subjects is the dilemma of inequality and of class- and gender-based prejudice in Russia as well as in the United Kingdom and the United States.

In this episode of “The Long View,” we addressed Russia’s invasion of Ukraine, which started on February 24, 2022 and which post-dates the publication of this book. We will also took into account the deep history behind this war, into which There Is Nothing for You Here offers many insights. 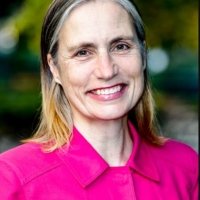