Korea Foundation Junior Scholars Ria Chae and Chaeryung Lee will present the results of their research conducted at the Woodrow Wilson Center from July 2011 through February 2012.

Korea Foundation Junior Scholars Ria Chae and Chaeryung Lee will present the results of their research conducted at the Woodrow Wilson Center from July 2011 through February 2012.

Chae will present on “The Axe Murder Incident of 1976: A Case Study in North-South Korean Competition.” Two American officers supervising a tree-trimming operation were killed by North Korean soldiers in the Joint Security Area between North and South Korea on August 18, 1976. The U.S. reacted with a strong display of military force, after which Kim Il Sung, in an unprecedented move, issued an formal apology.  A new war on the Korean Peninsula was narrowly avoided. While most scholars studying this so-called “Axe Murder Incident” tend to focus on the details of the incident and the American military response, this presentation will attempt to put the event in the broader framework of the competition between North and South Korea during the mid-1970s and the two countries’ relations with the US in the context of the changing Cold War system. Using documents from the archive of the North Korea International Documentation Project, material from the 2011 Critical Oral History Conference, and eyewitness accounts, Chae reconstructs the events preceding and following the incident to demonstrate what North Korea may have tried to achieve through the attack and how the incident was utilized by South Korea. In the end, Pyongyang may not have been the the absolute loser in this game.

Joining Chae and Lee on the panel as commenter will be Ryoo Kihljae, Professor at the University of North Korean Studies and former Public Policy Scholar at the Woodrow Wilson International Center for Scholars.

Chaeryung Lee is an M.A. candidate in Peace and Security Studies in the Graduate School of International Studies, Korea University, and is presently a Korea Foundation Junior Scholar at the Woodrow Wilson International Center for Scholars. Her research focuses on the institutionalization of Kim Il Sung’s authority in North Korea from 1967 onward. She earned her B.A. in Law from Hankuk University of Foreign Languages.

Ryoo Kihljae is Associate Professor at the University of North Korean Studies in South Korea and a former Woodrow Wilson Center scholar. He is currently studying the domestic politics and foreign relations of the DPRK from 1965 to1974. He is also presently a member of the Policy Advisory Committee to the Senior Secretary of the President, and to the Ministry of Unification of the ROK government. Professor Ryoo is also the Chair of the Committee of North Korea and Unification, Korean Association of International Studies. 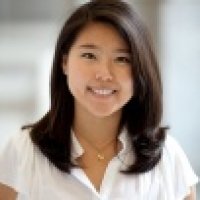 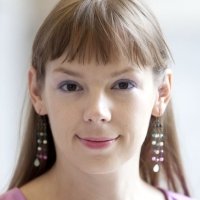 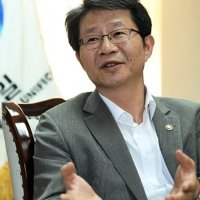 Blog post
Women's Rights
Soviet Feminist Dissidents and the Western Narrative about Them
By Victoria Pardini on October 28, 2020