In celebration of the Latin American Program's 40th anniversary, the Wilson Center held a day-long conference with leading policymakers, members of the private sector, and thought leaders from the hemisphere to discuss the region's most pressing domestic and international challenges and possibilities.

In celebration of the Latin American Program's 40th anniversary, the Wilson Center held a day-long conference with leading policymakers, members of the private sector, and thought leaders from throughout the hemisphere to discuss the region's most pressing domestic and international challenges and possibilities.

Experts had a timely discussion of corruption's political impact in the region and strategies for overcoming it, followed by an in-depth consideration of the changing patterns of regional integration and their implications for U.S. policy.

“Let me stress that even the regions where representative democracy is more deeply rooted… their institutions are facing a bad moment. At the core of those problems, we find the widening gap between peoples’ aspirations and the capacity of political institutions to respond to the demands of society. The entire political system is seen as elitist, contaminated by corruption, oblivious to peoples’ daily concerns – and this phenomenon is not local nor transitory; it is embedded in a broad economic, social, and moral transformation that affects society as a whole.”

“It is difficult to change institutions. It is a bit difficult to promote a new institutional order… but more difficult than that is to produce change at the cultural level. So, what I’m stressing here is that we passed through democracy [in Brazil]. We made a mix between democracy and populism, so now are being affected by world transformations. But the persistence of, you know, corporatism and clientelism – this kind of thing is more difficult to take into account and to modify because it’s rooted, profoundly rooted, in the soul of society.”

“Certainly, corruption in Brazil is an ancient practice – nominations for government posts in exchange for political support. However, the misdeeds in the past were either individual acts or a mix of patronage with leniency, not a fundamental mechanism for a government to gain and retain power.”

“Let me give one more example of how things have changed for the best, despite the complexity of the present crisis. In the past, confronted with a crisis like the current one, we Brazilians would be speculating about the attitude of the four-star generals. Today most of us do not even know their names, while the names of the eleven justices of the Supreme Court are household names. This is a profound modification.”

“Regional integration has been probably one of the most important [issues in] the Latin American discourse throughout history – and achievements often have been scarce and geopolitical rivalries tend to endure.”

“During the most recent years, Latin America and the Caribbean have experienced more political and ideological diversity than at just about any other time that one can think of, and the tensions are reflected in a weakened set of regional organizations.”

“Chile believes that regional integration and open markets are fundamental for creating the right conditions for more integration, diversification, and integration into value chains – and they’re fundamental, therefore, for national economic growth.”

“Members of the Pacific Alliance made a qualitative jump. We decided that we could be an alternative platform to the TPP for regional integration of the Pacific region.”

Morning Keynote:
The Political Impact of Corruption in Latin America

Panel I: Understanding the Historical Dimensions and Current Salience of Corruption in Latin America

Jorge Heine
Chilean Ambassador to the People’s Republic of China

The Latin American Program is grateful to the Tinker Foundation and the Ford Foundation for their generous support of this conference, as well as the Inter-American Development Bank for its support of Panel II. 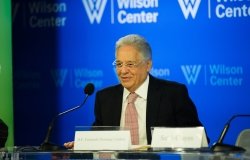 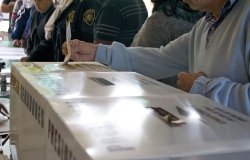