Launch of the Transatlantic Economy 2021 Report

Join us for a discussion on the prospects for ‘Global leadership: A transatlantic opportunity’ at the annual AmCham EU Transatlantic Conference.

The advent of the Biden administration presents the chance to reset the transatlantic relationship and focus not on what divides us, but  what unites us. EU-US leadership is needed to rebuild a world economy devastated by the impact of COVID-19 and to ensure future healthy, connected and sustainable societies.

Over three days, high-level European and American decision makers alongside business and academic thought leaders will discuss how the EU and the US can collaborate on trade, climate change and digital economy issues.

The Transatlantic Economy Report 2021 will be launched during the event. This annual report presents the most up-to-date facts and figures about the EU-US economic relationship.

10:20  Presentation of the Transatlantic Economy Report 2021
In partnership with the US Chamber of Commerce

For more details and the schedules for other days of the conference, please visit AmCham EU's event webpage.

“The key message, as Joe has said already, and we keep trying to hammer home, is that the economy is driven more by investment flows and affiliate sales than by trade. Commerce is more than trade. And often, the media tries to reduce commercial ties to just trade, and usually, just trade in goods. And that is a really skewed message, and it’s just actually incorrect."

“We need to make the US-EU relationship strategic and effective. It’s dysfunctional too often. We’ve never gotten this right; we’ve tried over many years. And the difficulty is that our relationship, as we tried to show in our report, is so intertwined, so dense. It involves so much domestic policy, on both sides of the Atlantic. That’s why it’s hard to get a structure around it that turns it into something. But as I said, we have a rare, fleeting opportunity right now to make that second anchor of our relationship, next to NATO, actually work.”

“The transatlantic economy is still the global leader. The global economy rests on the shoulders of the United States and Europe. Albeit, for sure, Asia is important. Asia is gaining in wealth, in technology. (…) But when you look across the major metrics, whether that's foreign direct investment, the stock, GDP, exports... The transatlantic economy is a big player at the table.”

“We need to start triangulating the conversation – Europe, the United States and China. (…) How do the two big players, the United States and Europe, bring China in as a shareholder, as a stakeholder, call it whatever you want, to be responsible globally, and not necessarily have to follow our feet, but just be a participant.”

“Transatlantic scientific cooperation has led to the creation of several incredibly effective COVID-vaccines in record time. The transatlantic digital economy, where 75% of global digital content flows, has kept us all connected. We may be tired of Zoom and other formats, but practically speaking, it’s what’s allowed us to keep the dialogue going. We see new wind in the sails of the transatlantic relationship.”

“I would say there is a lot of goodwill on both sides of the Atlantic to address, as I said, the three C’s that the administration has highlighted – climate, Covid and China. I do think that it is without a doubt going to be a challenging road, in part because, as I said earlier, there are some steps that the Europeans are taking that we think may be trending in the wrong direction. But overall, from where we are in this administration, I think we are in a good place.”

“Especially when you are talking about the health space, the US and Europe are so fundamentally integrated that the idea of entirely reshoring one’s operations actually would undermine our shared security and interests. So our sense is that we are better off looking to boost our shared resiliency in terms of diversity of supply. There are a whole host of products, not just in the health space, but obviously rare-earth metals, EV batteries and so on, where we are each, I would argue, overly reliant on less trustworthy partners. So there is a natural tendency to want to pull things back on shore, but practically speaking, I mean, if you just go take it back to the stats in the report that we’ve been talking about, the investment on both sides of the Atlantic, each to the other, is so strong that we want to make sure that those transatlantic ties remain robust.” 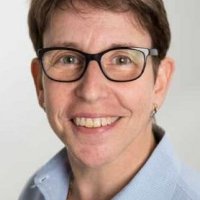 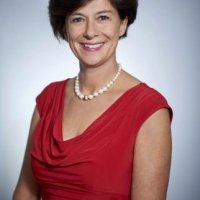 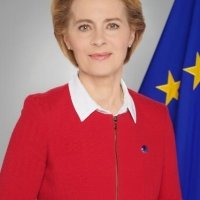 President of the European Commission