Life as a Black Ukrainian: How Some Natives Are Treated Like Foreigners

“Racism ... has its unique trend on former Soviet Union soil,” according to guest speaker Terrell Starr, who discussed his research as a Fulbright scholar in Ukraine at a May 2011 Kennan Institute event. In particular, Starr focused on the experiences of African-Ukrainian women.

"Racism ... has its unique trend on former Soviet Union soil," according to Terrell Starr, independent scholar, New York, who discussed his research as a Fulbright scholar in Ukraine at a 2 May 2011 Kennan Institute event. In particular, Starr focused on the experiences of African-Ukrainian women.

As a journalist, Starr used a multimedia approach to collecting information about the African-Ukrainian community. Eventually, the research Starr collected culminated in a photo exhibition he produced, which consisted of a photojournalism exhibit of his interview subjects' experiences. The speaker explained that the first part of his research was a four-part "immersion interview" session, which included questions designed to allow interviewees to explore the issues of race and identity in their own context. Starr asked subjects about their experiences as African-Ukrainians while attending Ukrainian schools; their parents' influence on their childhood; their relationship with religion and spirituality; and the impact of their social networks. "It was the first time anyone had asked them in-depth" about their experiences, Starr explained.

Ultimately, the subject matter of Starr's "immersion interview" discouraged some people from participating in his research. Specifically, the speaker noted that African-Ukrainian men would not speak to him, as they did not want to share things about their lives that were painful. Thus, Starr's research developed into a study of African-Ukrainian women's experiences in Ukraine.

Starr focused on the experiences of one interviewee in particular: Angelina Diash, a university student of Angolan and Ukrainian descent. Born and raised in Ukraine, the speaker explained that although Diash viewed other Ukrainians as her fellow citizens, the feeling was not always reciprocated. "Although I have a passport that shows I'm Ukrainian, I need a 'social visa,'" Starr recalled her saying. Similar to other subjects Starr interviewed, Diash developed a sense of self-reliance at an early age to cope with being a minority in her own country. However, Diash also developed a strong sense of self-identity because of her difference in appearance. When a person is constantly singled out by race, Starr emphasized, "you grow to know who you are very quickly."

The subject of race in general—as it pertains to Slavic society—is discussed openly and honestly in Ukraine, more so than race is discussed in America, in Starr's opinion. "I am very quick to defend the Ukrainians for their honesty when it comes to such personal experiences of race," Starr said. Despite the degree of openness Starr observed while conducting his research, he also learned that racism and xenophobia are on the rise in Ukraine. Indeed, Starr's research had a personal impact for him; the speaker—who is of African-American descent—explained that he was stopped by Ukrainian police 29 times during his stay in Kyiv. Although the presence of racism and xenophobia is increasing in Ukrainian society, Starr asserted that improvement is not unfathomable; however, he noted that effective social change must come from above. "What I found in Ukraine," Starr concluded, "is that you have to find a combination of political leaders who actually try to deal with the problem." 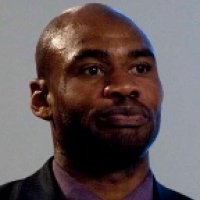