Lonely at the Barricades: How to Strengthen the Global Defense of Democracy

Prior to the COVID-19 pandemic, democracy advocates were already sounding alarms about a global “democratic recession.” In maps charting freedom in the world, the various shades of authoritarianism had been spreading ominously. Freedom House has recorded an annual decline in global freedom for 15 years in a row, and less than 20 percent of the global population now lives in a country classified as “free.”

The pandemic brought a double blow to democracy, distracting attention from these troubling trends while further weakening democratic institutions. Strongmen and elected leaders alike clothed antidemocratic actions as public health measures, curtailing protests supposedly to encourage social distancing, and limiting speech supposedly to control disinformation. Under the last administration, the United States was inconsistent in its defense of democracy.

The White House’s Summit for Democracy, beginning December 9, is designed to rally democratic countries to meet these authoritarian challenges.  On December 1,  the Wilson Center hosted a discussion of the summit’s objectives and how it could achieve its urgent goals. During the seminar, we will also released a collection of short papers examining the strengths and weaknesses of multilateral organizations in defending democracy, and policy options for the United States to bolster and complement these institutions.

“We see in Poland, and Hungary, and Turkey a kind of pattern that is replicated in different ways, each of them with a unique story, but replicated in different ways in a number of backsliding democracies around the world and it is not unique to democracies in Europe. I think one of the things that is kind of a level up at a 30,000 foot level that is even more concerning in some sense to the long term is that we see people actually challenging in advanced democracies, the basic principles of liberalism, and I think the mainstreaming of political parties and political candidates in the world’s most long-standing democracies including our own who are actually illiberal, who actually don’t agree with the basic principles of liberalism and the mainstreaming of that debate is incredibly dangerous, and I think that is part of what we’re seeing, not only in Europe but also in the United States and obviously the announcement this week by Éric Zemmour of his candidacy for the French presidency is just the latest in a string of these, what I would call, the kind of the world’s oldest democracies, and obviously there was the UK party that now seems to have subsided somewhat in the UK and AFD in Germany, but there’s a long-standing issue with these far-right figures in Europe challenging the basic tenets of liberalism.”

“I think we have to be clear, which is Taiwan can be the next Hong Kong. It's not necessarily going to be, but it certainly can be, and particularly if we don’t take the threat we are under seriously, and by we I mean of course the Taiwanese people most of all but also the international community at large, and I think we have to be very clear about the threat.

I mean this isn’t a threat caused by great power rivalries, it isn’t a product of the U.S.-China trade tensions, it’s really just the contest of ideologies that’s taking place around the world, authoritarianism versus democracy, and this has very real consequences. And I think that’s the message Hong Kong has really driven home, which is that authoritarian regimes really cannot tolerate any threats to their power, and as a result we’ve seen the people in Hong Kong silenced, and I mean, when we look at it, guess who’s existent presents the next existential threat to the CCP’s legitimacy? Taiwan. And so we’re seeing of course right now the series of PRC military overflights, attempts to diminish our international participation, economic coercion, and great zone tactics, which have become part and parcel of everyday life here in Taiwan.”

“As you mentioned, the Biden-Harris administration is committed to centering democracy and human rights in our foreign policy, and I’m excited that we’re discussing today how we can do this in multilateral institutions both at the regional and global level. At the global level, I wanted to highlight the United States’ efforts to re-engage and then seek membership on the Human Rights Council, the world’s premier human rights body, is one way that this administration has made clear that we believe multilateral institutions play a vital role in the promotion and protection of democracy, and respect for human rights and fundamental freedoms. We believe that when it works well, the human rights council shines a spotlight on countries with the worst human rights records and serves as a forum for those fighting injustice and tyranny. Now that we are elected to serve on the council for the three year period beginning this January, we are even more cognizant of the United States’ responsibility to strengthen the council and our multilateral institutions that play a crucial role in promoting and defending democratic values.”

“Today’s dialogue takes place amid a long-standing and troubling rise in Authoritarianism. According to Freedom House’s influential rankings, less than 20 percent of the global population now lives in a country classified as free. Latin America, the region I know best, used to be a democracy successful. Today three countries, Cuba, Nicaragua, and Venezuela are repressive dictatorships. In other Latin American nations such as El Salvador, elected leaders are bulldozing checks and balances and silencing civil society.

Only 49 percent of Latin Americans today support democracy, down from 63 percent just a decade ago, according to the latest Latino-Barometro polling. This is of course not merely a Latin America problem. Just yesterday in Northeast Africa, Sudanese security forces fired tear gas to disperse tens of thousands of protesters in Khartoum who had been demonstrating against the military rule reimposed after a coup in October had smothered the country’s transition to democracy. In Southeast Asia, Myanmar’s Aung San Suu Kyi deposed by the armed forces in February, is now on trial for a range of dubious charges. At 76 years old, she faces 102 years in prison.

China, after trampling political freedoms in Hong Kong, threatens to do the same in Taiwan. In the Middle East, the Arab Spring is a distant memory, and much of the reed is still led by Kings and strong men. Even Tunisia, a rare triumph for pro-democracy advocates, is now mired in a constitutional crisis. The European Union, traditionally on the front lines of the fight against authoritarianism, is tied up in knots over democratic backsliding in two member states, Hungary and Poland. The United States, traditionally a beacon of democracy, has of late fallen “victim to authoritarian tendencies” according to the latest global state of democracy report, from the international institute for democracy, and electoral assistance.”

“Throughout this century, we have seen I mean significant backsliding and over decay in terms of democracy, especially in the case of Venezuela and Nicaragua, and we have an ongoing dictatorship in Cuba that has not opened up. So yes, I mean, the typical tactics of these authoritarian regimes are to foster polarization, limit all sorts of freedoms including freedom of association, expression, and all sorts of basic civil and political rights. There is a significant decay in terms of the human rights protections and these countries. In the case of Venezuela we have seen an alarming rise of torture, something that had been banned, and that has led to the ICC, the International Criminal Court, to open an investigation, a formal investigation, about crimes against humanity in Venezuela, which is something that’s totally inconceivable in a region that had made, you know, really developed very strong political and societal institutions towards democracy. So it is experiencing a very severe backsliding.” 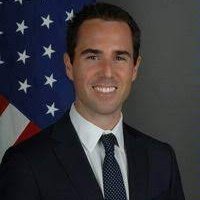 Former U.S. ambassador to the Organization for Security and Co-operation in Europe (OSCE) 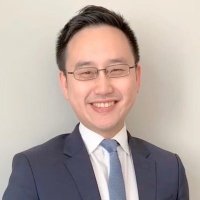 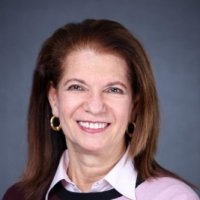 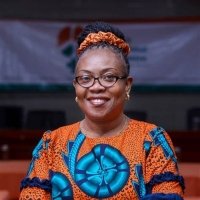 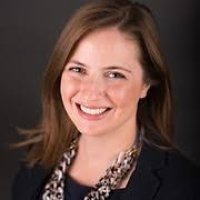 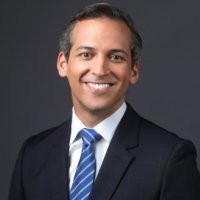