Skip to main content
Support
Explore More
Close
Article
Economics and Globalization
How might the United Kingdom once again ‘Rule the waves?’
By Diana Villiers Negroponte on January 14, 2021
Image Credit
Share on FacebookShare on TwitterShare via Email
Share
Event

Mr. George Boateng, Ms. Lida Fitts, and Ms. Zenia Lewis discuss the value of AGOA for African countries, its potential to help expand regional economic integration, and the obstacles to that integration.

AGOA is a preferential trade agreement for African countries that meet certain governance and product quality prerequisites. AGOA is a development-focused agreement that targets manufacturing sectors for economic expansion. Mr. Boateng, a Southern Voices Network Scholar* with the Wilson Center Africa Program and Research Analyst at the African Center for Economic Transformation (ACET), posited that AGOA presents opportunities for African exporters to improve productivity—becoming competitive in international markets—and for African countries to expand regional integration of economic markets and supply chains, increasing productivity by amplifying comparative advantages within supply chains. Predicting that AGOA will not be renewed in 2025 and, noting China’s rapid shift from a manufacturing/export-oriented economy to a service/consumption-oriented one, Mr. Boateng presented two policy recommendations for firms and governments. First, firms should focus on becoming competitive in international markets, and second, governments should facilitate supply chain development by improving infrastructure and removing bottlenecks to trade, while African firms may still benefit from the preferential trade agreements under AGOA.

Ms. Lida Fitts and Ms. Zenia Lewis expanded on the obstacles to African supply chain development and regional integration. Focusing on infrastructural obstacles to trade within the continent and with the rest of the world, Ms. Lida Fitts of the United States Trade and Development Agency (USTDA) opened discussion on the critical nature of infrastructure in global and regional integration, and how African governments can ensure high-quality procurement beyond the commonly discussed issues of transparency and accountability. As Ms. Fitts noted, energy and transportation infrastructure is critical to integration and economic development. From an economic perspective, governments making procurement decisions in the short-term have incentives to award infrastructure projects to the lowest bidder regardless of the life-cycle of costs of the project. To address these perverse incentives, the USTDA is engaging with African governments to develop procurement standards that promote longer-term, more sustainable cost-benefit analyses. In the short-run, businesses, especially manufacturers, need access to reliable power sources for production. Recognizing this disadvantage, USTDA offers support for captive power generation giving firms reliable access to electricity.

Ms. Lewis, an African Development Bank (AfDB) advisor to the African Union, brought a broader perspective to the discussion of market expansion and regional integration by focusing on the more administrative and bureaucratic obstacles to establishing a Continental Free Trade Area (CFTA). While individual countries and Regional Economic Communities (RECs) are already working to harmonize trade policy and expand markets, the AfDB is in the process of establishing monitoring and evaluation mechanisms to facilitate greater integration, tariff reduction, and standards harmonization for the RECs and the African Union. Finally, the AfDB reduces risk premium of market expansion by facilitating knowledge sharing between private firms, improving business relationships, and helping firms to find advantageous markets for cooperation and competition. By bridging the gap between governments and firms, countries can identify and target coherent paths for regional integration.

*The Southern Voices Network (SVN) is a consortium of 22 research and policy organizations from across Africa that seeks to foster dialogue and increase the visibility of African perspectives within the U.S. policy arena. One of the main components of the SVN is the Africa Research Scholarship Program, through which the Wilson Center Africa Program hosts scholars from member organizations for a three-month resident scholar program in Washington, D.C., allowing them to engage with U.S. policymakers and practitioners and conduct policy-oriented research. The SVN is made possible through the generous support of the Carnegie Corporation of New York. For more information about the Africa Program's Southern Voices Network (SVN), please see here.

This event was live-tweeted. Follow the Africa Program on Twitter@AfricaUpClose and catch up on the conversation with the hashtag #AGOA. 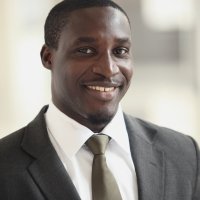 Senior Advisor on Trade to the African Union Mission to the United States, African Development Bank

Regional Director for Sub-Saharan Africa for the U.S Trade and Development Agency