The Wilson Center’s Mexico Institute and the Atlantic Council’s Adrienne Arsht Latin America Center were pleased to host a conversation on the future of Mexico and key bilateral issues with Salomón Chertorivski.

Please Note: This event took place at the Atlantic Council.

How would a government led by Ricardo Anaya Cortés navigate trade and the broader U.S.-Mexico relationship at this pivotal moment?

The Wilson Center’s Mexico Institute and the Atlantic Council’s Adrienne Arsht Latin America Center were pleased to host a conversation on the future of Mexico and key bilateral issues – the third event in our series with advisers to each of the top presidential candidates. Salomón Chertorivski is the government program coordinator for presidential candidate Ricardo Anaya Cortés of the Por México al Frente coalition. He previously served as secretary of economic development for Mexico City and secretary of health. 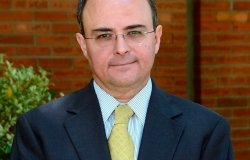 Event
Trade and Development
Mexican Presidential Candidate Series: A Conversation with Sergio Alcocer
On April 24, 2018 at 9:00 – 10:00

Blog post
Economics and Globalization
Up in the Air: The Future of Latin America’s Airline Industry
By Anders Beal on April 3, 2020