Skip to main content
Support
Show
Live Now
Moving Beyond Survival: Sixth Anniversary of Genocide of Yezidis and Christians
Watch Now
Play Video
Explore More
Close
Blog post
Governance
In a Confrontation Between Putin and the West, Belarus May Get Caught in the Middle
By Igor Zevelev on August 5, 2020
Share on FacebookShare on TwitterShare via Email
Share
Event

Erin Miller, the National Consortium for the Study of Terrorism and Responses to Terrorism (START)

Gary Ackerman, the National Consortium for the Study of Terrorism and Responses to Terrorism (START)

Important "two-way traffic" occurs at the Canada-U.S. border that supports criminal and terrorist activities in Canada and the United States, said Christian Leuprecht of the Royal Military College of Canada at a program hosted by the Canada Institute and the National Consortium for the Study of Terrorism and Responses to Terrorism (START). The program explored new research aimed at tracking the movement and behavior of crime and terrorist networks in Canada and the United States. Leuprecht was joined on the panel by Todd Hataley of Queen's University's Centre for International and Defence Policy, and Erin Miller of START. Gary Ackerman of START and Hannah Meyers of Yale University served as discussants. The event was moderated by Kim Richard Nossal of Queen's Centre for International and Defence Policy.

A New Approach to Fighting Crime and Terrorists

According to Leuprecht, drugs, people, firearms, and cigarettes are among the illicit items that flow both ways across the Canada-U.S. border. To help prevent and stop this activity, Miller described a new database being created by START and collaborators at the University of Arkansas and the University of Arizona that integrates information primarily from the American Terrorism Study and Global Terrorism Database that will enable public officials to better track of and predict terrorist network movements and activities.

START's work, explained Leuprecht, will provide law enforcement officials and policymakers for the first time with an evidence-based policy approach to combat crime and terror networks operating in Canada, the United States, and internationally. The cases integrated into the database allow officials to map known criminal activity and assess who crossed when and how, the physical structure of the networks, why those networks may have emerged, as well as possible points of intervention by state actors based on the behavior of past criminal and terrorist activity. 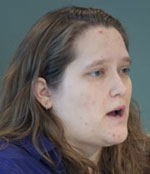 Miller described some preliminary results of START's work. She noted that of the cases already included into START's database, 39 percent of terrorists entering into North America arrive via air, with another 8 percent by land, and 5 percent by sea. Surprisingly, said Miller, nearly half of the cases examined failed to provide information on how the terrorists entered North America. Leuprecht stated that early findings also indicate that international terrorists spend a much longer time planning attacks than their domestic counterparts, which may allow public officials more opportunities to apprehend foreign terrorists before they can execute their attacks.

Hataley presented key findings from analyses taken from 12 cases involving Canadian groups accused of terrorist activities. In six of the 12 cases, said Hataley, those accused had cross-border connections in the United States. Leuprecht noted that in the majority of the cases, Canadian terror groups crossed into the United States to obtain resources, training, and ideological support. However, the United States was never the target of the planned attacks. For instance, an Islamic terrorist group known as the Toronto 18 crossed into the United States to obtain resources and support for their planned attacks in the province of Ontario. Hataley hopes that further analyses of these cases will help obtain information regarding when and how these groups crossed the Canada-U.S. border and whether they crossed legally or illegally. 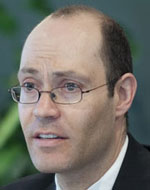 Nevertheless, several challenges remain in harnessing START's evidence-based approach to combating terror networks. Ackerman noted that much of the information used in the database is obtained through public sources. He explained, however, that the information that ends up in the media could well be the "tip of the iceberg" of total terrorist activity in North America. A more effective data set would have to incorporate some method of data sharing with law enforcement officials. Ackerman acknowledged that law enforcement officials typically do not trust academics with sensitive information, making data sharing between the two groups difficult.

Miller also highlighted several issues that may hinder START's efforts. In addition to the availability of data, she also noted the difficulty of convincing public officials of the merits of the research. Finally, she highlighted the vastness and sheer number of daily crossings at the Canada-U.S. border as an added challenge to identifying suspects attempting to cross into Canada or the Untied States. Meyers questioned whether legislative differences in Canada and the United States could affect the ability to collect and integrate data.

Looking Toward the Future

As the database becomes more complete, analysts should be able to better determine the patterns of movement across the Canada-U.S. border, said Leprecht. Additionally, information obtained on terrorist cells operating in Canada and the United States could help track and disrupt terrorist activities abroad. Hataley stated that he hopes the database will offer a more complete picture of the extent to which terrorists cross the border legally or illegally. He noted that Canada's participation in this new research allows the country to contribute more than just "boots on the ground" in efforts to combat terrorist activities both in North America and internationally.