A panel of experts discuss the latest research on the benefits of participatory democracy. Is it possible to apply lessons learned from global experiences in participatory governance to public housing in the U.S. so that residents can help determine and thereby improve their own living environments?

5th Floor, Woodrow Wilson Center
Get Directions
This event will be made into an audio recording
Stream will begin in approximately —:—:—

On December 3rd, the Wilson Center’s Comparative Urban Studies Project and the U.S. Department of Housing and Urban Development (HUD) held a roundtable discussion on “Participatory Democracy and Public Housing.”

Sandra B. Henriquez, Assistant Secretary for Public and Indian Housing at HUD opened the discussion by addressing the scope of the challenges facing the agency. Four percent of housing authorities are rated as “troubled” and that status is difficult to change, she said. Henriquez believes participatory democracy would help solve problems by promoting residents’ responsibility, giving them input and ownership of what is happening in their communities.

Alan Tomkins, Director of the Nebraska Public Policy Center, discussed his research and experience in advising the mayor and citizens of Lincoln, Nebraska on a participatory process to make budgeting decisions. Tomkins gave specific examples to illustrate the positive impact of citizens’ participation on building a better community and establishing trust in government institutions and processes.

In the second panel, devoted to real-life examples of participatory democracy in assisted housing and neighborhood revitalization, Alderman Joe Moore, the elected representative of the 49th ward of Chicago, detailed his experience using participatory budgeting to let residents decide how to spend district funds. Alderman Moore showed the big difference between his spending priorities and the budgetary allocation made by residents using the participatory budgeting process. He noted that participatory democracy has been politically popular, contributing to increased support for his reelection.

Eugene Jones, Executive Director of Toronto Community Housing, reflected upon his experience with participatory budgeting in Toronto. According to Jones, a primary goal of participatory budgeting is to engage tenants and reach agreement on a shared framework with broad tenant support. He emphasized that research and evaluation during the entire process is crucial to success by identifying resident interests, preventing misunderstandings, and generating new ideas. The participatory budgeting process in Toronto resulted in participants feeling more assured and more protected, concluded Jones. 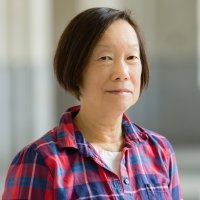 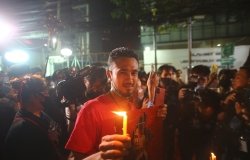 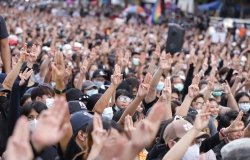 Article
Democracy Promotion
The Conundrum of Political Parties in the Gulf Countries: Unwanted but Inevitable
By Marina Ottaway on June 25, 2021
External link
Elections
What Happened on June 6?