Few nations are more at risk from climate change’s destructive effects than Bangladesh.

Few nations are more at risk from climate change’s destructive effects than Bangladesh, a low-lying, lower-riparian, populous, impoverished, and natural disaster-prone nation. The United Nations’ Intergovernmental Panel on Climate Change estimates that by 2050, sea levels in Bangladesh will have risen by two to three feet, obliterating a fifth of the country’s landmass and displacing at least 20 million people. On September 19, the Asia Program, with assistance from the Environmental Change and Security Program and Comparative Urban Studies Project, hosted a conference that examined Bangladesh’s imperiled environmental security.

The first panel focused on manifestations, drivers, and risks. Ali Riaz addressed the threat of climate refugees. Environmental stress, he said, may produce two possible responses: fight (civil conflict or external aggression) or flight (migration). In Bangladesh, the latter is the more likely outcome. Coastal communities, overwhelmed by rising sea levels and flooding, could migrate to Bangladesh’s urban areas or into neighboring India. Both scenarios pose challenges for the state, which already struggles to provide services to its urban masses and has shaky relations with New Delhi.

Mohamed Khalequzzaman examined Bangladesh’s geological vulnerability in the context of climate change. In a deltaic nation like Bangladesh, he explained, sedimentation levels must keep up with rates of sea level rise to prevent the nation from drowning. However, sediment levels now fall below 5 millimeters (mm) per year – short of the 6.5 mm Khalequzzaman calculates are necessary to keep pace with projected sea level rises. He lamented the nation’s tendency to construct large dams and embankments in the Bengal Delta, which “isolate coastal ecosystems from natural sedimentation” – and result in lower land elevations relative to rising sea levels.

The second panel considered possible responses to Bangladesh’s environmental security challenges. Roger-Mark De Souza trumpeted the imperative of more gender-inclusive policies. Environmental insecurity affects women and girls disproportionately, he said. When Bangladesh is stricken by floods, females must work harder to secure drinking water and to tend to the ill; they must often take off from school; and they face a heightened risk of sexual exploitation – due, in great part, to the lack of separate facilities for women in cyclone shelters. He reported that such conditions have often led to early forced marriages after cyclones.

Shamarukh Mohiuddin discussed U.S. responses. On the whole, American funding for global climate change adaptation programs has lagged, while initiatives often focus more on short-term mitigation (such as emissions reductions) than on adaptation. She recommended that Washington’s Bangladesh-based adaptation efforts be better coordinated with those of other donors. She also suggested that to convey a greater sense of urgency, Bangladesh’s climate change threats should be more explicitly linked to national security – and particularly to how America’s strategic ally, India, would be affected by climate refugees fleeing Bangladesh.

Philip J. DeCosse highlighted Bangladeshi government success stories in the famed Sundarbans (one of the world’s largest mangrove forests). Officials have banned commercial harvesting in some areas, and shut down a highly polluting paper mill. He also praised civil society and the media for bringing attention to the Sundarban’s environmental vulnerability. As a result of efforts such as these, the Sundarbans are “coming back,” with mangrove species growing anew. Thanks to a range of actors – from the Forestry Department to civil society – these forests are now being “governed more than managed.”

DeCosse’s fellow panelists identified additional hopeful signs. Morshed shared a photograph of a green, pristine park in Dhaka. De Souza underscored how family planning programs have worked in Bangladesh in the past, with fertility rates brought down considerably in recent years. And several speakers spotlighted efforts by civil society and the media to bring greater attention to Bangladesh’s environmental security imperatives.

Nonetheless, major challenges remain, and panelists offered a panoply of recommendations. Khalequzzaman called for a major geological study of soil loss and siltation. De Souza implored Bangladesh to ensure that women’s roles and family planning considerations are featured in climate change negotiations and adaptation policies. Morshed advocated for imposing urban growth boundaries and enhancing public transport in cities. And several speakers spoke of the need to pursue more effective natural-resource-sharing arrangements with India. Ultimately, in the words of De Souza, it may not be possible to eliminate Bangladesh’s “perfect storm” – yet much can be done to calm it. 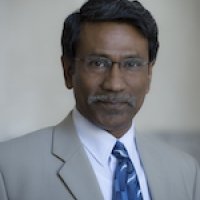