Polish Controversies and Legislation on the Holocaust

Polish Controversies and Legislation on the Holocaust

This event is co-sponsored by the History and Public Policy Program and the Rabin Chair Forum at George Washington University.

Until recently, Poland was perceived as an encouraging example among post-communist states on coming to terms with the Holocaust. This changed following the adoption of controversial legislation penalizing those who assert Poland’s co-responsibility for some of the Holocaust crimes and other major crimes of the 20th century. Following an international outcry, the most controversial fragments of the legislation were removed. However, the episode changed significantly the standards of public debate on Polish-Jewish history in the country and affected Poland’s image abroad.

Professor Dariusz Stola presented the controversy and its consequences in the longer framework of Polish debates on the Holocaust. 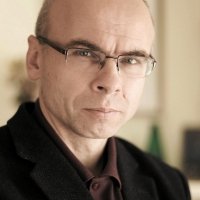