Political Finance and Corruption in Nigeria

Political Finance and Corruption in Nigeria

On December 9, 2016, The Wilson Center Africa Program hosted Dr. Benjamin Aluko, a Research Fellow at Ibadan University in Nigeria and a Southern Voices Network for Peacebuilding Scholar with the Africa Program, and Dr. Denise Baer, Senior Evaluation Officer at the Center for International Private Enterprise, to discuss political finance and corruption in Nigeria.

Dr. Aluko presented an analysis of the efficacy of Nigerian institutions tasked with preventing electoral fraud and limiting officials’ access to state funds for use in elections. His findings indicate that Nigeria's Independent National Electoral Commission (INEC) has insufficient capacity to hold either candidates or parties accountable for breaches of campaign donations and campaign spending. Additionally, there are tremendous gaps between intended restrictions and actual practices. Restrictions exist on both donations and spending for parties and candidates, but these laws are frequently overlooked, evaded, or ignored. Dr. Aluko proposed a series of policy options to strengthen the capacity of INEC to provide more substantial checks on and regulation of electoral financing, including expanding monitoring and evaluation practices within INEC, increasing salaries of critical stakeholders to decrease incentives for corrupt practices and rent-seeking, and strengthening corresponding sub-state institutions.

Dr. Baer offered a complementary perspective to Dr. Aluko, emphasizing that systemic corruption and isolated acts of corruption are very different problems that need to be engaged with in different ways. In a context of systemic corruption, focusing on narrow reforms or individual prosecutions may simply redirect corrupt practices to other outlets, as opposed to eliminating them. Instead, Dr. Baer argued, activists must take an institutional approach focused on reforming political parties, creating practical electoral regulations that have significant buy-in, and using party and political competition to institutionalize new norms.

Dr. Baer highlighted the potential of increasing the proportion of women in political office to reduce public sector corruption, including in elections. She argued that while women are not essentially less susceptible to unethical behavior, they tend not to be part of the “old boys’ clubs” that frequently underpin systemic corruption. Therefore, their inclusion in political office can disrupt patronage networks.

Indeed, strategically, Dr. Baer recommended that anti-corruption campaigners identify which segments of society are excluded by systemic corruption and mobilize them as constituencies for reform, as the progressive movement did in the United States from the 1890s to the 1920s. To this end, Dr. Baer suggested that private enterprises can become major stakeholders in combatting corruption. For example, in Ukraine, a significant portion of small-and-medium business owners participated in the Maidan protests because of their desire to break up the system of elite collusion and open opportunities for trade with the West.

How can such domestic constituencies for reform be built in Nigeria? Dr. Aluko presented several recommendations for strengthening the capacity of the media and civil society as watchdogs and reformers. Media organizations can leverage international support from organizations like the International Foundation for Electoral Systems and the Open Society Foundations to provide training for journalists on how to investigate political financing and advocate for transparency and accountability. For civil society, Dr. Aluko urged the Nigerian media to take a more active role in educating Nigerians to be engaged citizens and themselves demand accountability and transparency as a prerequisite to political candidacy. 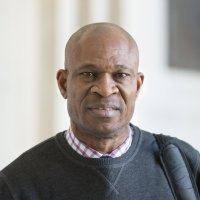