Privacy Rights and Data Flows – A Conversation with Max Schrems

Ever since lawyer and data privacy activist Max Schrems filed a lawsuit against Facebook in 2013, he has sparked various court rulings that have overturned U.S.-EU agreements regulating flows of personal data across the Atlantic. How do European approaches to privacy differ from those in the United States? How can the U.S. and the EU manage transatlantic turbulence over privacy rights and data flows? What are the prospects for a new transatlantic data transfer deal? What would be an ideal solution for data sharing among democracies?

Join us for a conversation with Max Schrems on June 24, 11.30AM ET/ 5.30PM CET to discuss the challenges posed by different European and American approaches to privacy laws and data flows.

“I think in the long run, and I’m talking about like a decade or so, what’s really interesting is, how can we solve the free data flow idea, while still having privacy and not having little silos of data in different countries. I think the only way that we’ll do that, is kind of what we did with the GDPR in Europe – it’s that we have one unified idea of how privacy works, which is very complicated in different cultural backgrounds and different legal traditions, but that could give us some kind of free flow of data.”

“If we look at US surveillance laws, they still have this very nationalistic view of citizen or not citizen, which comes out of the Fourth Amendment, there’s a lot of historic reasons and so on. But I think the question is fair to ask if that is a proposition that in an online environment is still fair to have. (…)  It’s a bit like Swiss banks saying ‘give us all your gold, but once your gold is in Switzerland, there’s no property rights anymore for foreigners’. That would be a hard proposition to hold up. But that is basically what the Fourth Amendment now does, and what FISA mirrors.”

“Nobody wants to stop trade with the United States or collaboration for security purposes, it’s not about this. It’s about doing things in a way that is respectful of our human rights.”

“In a way, legally, the inspiration for the treatment of our data are the investigations on Mexican drug dealers. So there is a lot of doctrine about: can you access the car of a Mexican drug dealer, the house, whatever, if they are beyond the borders of the United States? Yes, you may have a right, the same way that you may have a right to access all of our data, because we are outside of the United States. This is how we are visualized in American law with regards to this. So our concern is not really the general American privacy law – it’s really the treatment of this data that comes from the outside.” 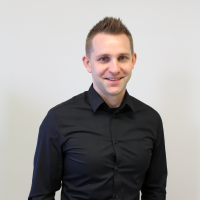 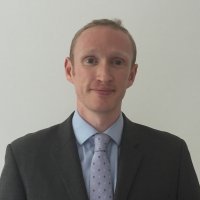 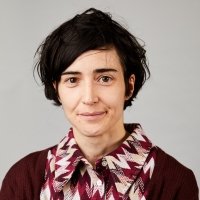