Protest Culture in Ukraine and Belarus: Differences and Commonalities

Protest Culture in Ukraine and Belarus: Differences and Commonalities

The protest movements in Eastern Europe are now considered milestones of political change. In addition to the Georgian Rose Revolution and Ukrainian Maidan, Belarus has contributed its own metaphor stemming from protestors’ call to “be like water” and constantly change the place of protests throughout August and September 2020. In this discussion, Mykhailo Minakov, Oxana Shevel, and Andrei Kazakevich considered these mass protests in each country. What do they have in common, how do they differ, and what are their short- to mid-term political consequences?

Andrei Kazakevich
"If we talk about Belarus, the Belarusian political crisis of this year, we should take into consideration that Belarus is a consolidated authoritarian regime and has had a consolidated authoritarian regime without any political competition for more than twenty years and there is practically only one real powerful political institution in Belarus. It's a bureaucracy and a strongman, Lukashenko, is at the top of this bureaucracy. There are no influential opposition parties at the moment, there is no strong enough civil society to influence at the moment...  so we have a very simple political system with a very strong bureaucracy that controls political events, the political process, and at the same time this bureaucracy controls business and economic life in general, controls cultural life to a great extent, media and so on and so forth. And at the same time, this political regime is, more or less, repressive, it uses violence, it uses detentions on a great scale if necessary to keep political security, to secure political power."

"So this case is very different if we compare, for instance, it with Georgia, with Ukraine, with Armenia, and Kyrgyzstan and so on.  And the main difference is that there was not any political competition and there is not any alternative strong political institutions not subordinated to the state... The main strategy of protesters is not to control territory, not to authorities or buildings and so on but just to pressure, just to make authorities change their attitudes to their society and to alternative political forces through showing disobedience, through demonstration of disagreement. That is probably the main difference that we have in Belarus."

Oxana Shevel
"If we think back to early 2000s and the first wave of these color revolutions, that just like this events in Belarus today were precipitated by rigged elections. At the time, political scientists, and here I'm specifically thinking of Michael McFaul's anthropology of seven criteria for successful electoral revolution – and I think this word successful is also important because if the revolution is successful in the shorter term, it means the protesters were able to achieve their objectives, like have a leader who rigged the elections or the vote step down and so on and so forth which is essentially what Belarusians are demanding now."

"Some other people have argued, and I think it's certainly legitimate question to consider, right, maybe it's not necessarily a bad thing that we don't have one single coordinated center of the opposition, it makes it potentially more difficult for the authorities to decapitate the opposition...I think multiple scholars have argued that even in the Ukraine protests, especially the Maidan of 2014, was quite disorganized as well so it was not the case that any one party or one political leader was able to actually control or set the agenda for the Maidan."

Mykhailo Minakov
"I would probably look a little bit further at the beginning of this protest political culture that was probably boiling and was created at the end of perestroika. So it's connected to this early post-Soviet period when new societies, Belarusian society, Ukrainian, Georgian, Russia, specifically valued elections and this first experience of free and fair elections in 1989 at the all Union level and then at republican levels in the 1990s, it was all creating a specific political culture where elections had to be really free and fair. This ideal of the West with free and fair elections and that we need to create the West in our societies was very powerful and whenever we see the violation of electoral rules, there is always a moral ground for the protests."

"Here it’s very important that politics, moral ground for the protests, and the protests itself are interconnected and it creates certain contradictory but also very powerful energy for the political process. That unites. It's political but it's not partisan protests. This is very much important. It brings together very different social groups in spite of very different interests and ideas and ideologies." 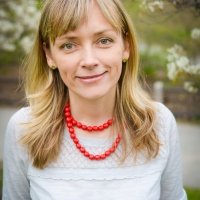 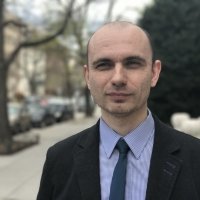