The Role of Masculinities in International Security and Peacekeeping

Please join the Wilson Center’s Maternal Health Initiative, in collaboration with the Secretary’s Office of Global Women’s Issues (S/GWI), for a panel discussion on the role of masculinities in international security issues. Panelists will examine how ideas about masculinities define peacekeeping operations and more generally peace processes and mediation efforts; and develop policy recommendations for national and international actors.

“There is so much more people in decision-making and policy making positions need to understand about the role of masculinities in global peacekeeping operations.”

“In recent months, we’ve seen greater attention to the issue of gender equality and its essential importance to women and girl’s full participation in social, economic, civic, and political life. The new National Strategy on Gender Equity and Equality reflects this, as do plans to implement the Women, Peace, and Security (WPS) strategy. These strategies lay important groundwork for coordinated, scaled-up, whole-of-government approaches.”

“In the midst of ongoing crises, such as the rise of the Taliban in Afghanistan and the ongoing war in Ukraine, it is critical to recognize the importance of including women and promoting gender equality in ongoing conflict and post conflict settings.”

Kat Fotovat; Senior Official in the Office of Global Women's Issues at the U.S. Department of State

“Historically, the gendered consequences of violence have not been included in the narrative of conflict. Often, when we say ‘gender’ or discuss these issue sets, the default understanding is that we are talking about women and girls. What that understanding overlooks is the centrality of men and masculinities to our understanding of gender and gender dynamics. In order to effectively address the systemic exclusion of women from formal peace processes, we cannot only look at femininity and the essentialized expectations around it, we must also look at masculinity and the expectations on that identity and performance. By moving beyond women to focus on gender, we’re able to understand and address the full range of the ways in which gender, in its many forms, informs peace and security processes and outcomes”

“Increasing women’s engagement and participation in formal peace and security processes isn’t just better for women, it’s better for everyone. However, that impact will only be effective if the peace table is comprised of all groups of people and experiences. By engaging with men as allies and partners of the WPS agenda, and through collaboration with women and men civil society leaders and diplomatic partners, we seek to promote better and more sustainable outcomes – not only for women, but for entire communities and countries.”

“Men and the role of masculinities must be not only understood and considered, but actively included and addressed throughout peace processes when using a gendered framework. A more thorough understanding of men and masculinities will enable us to see how and why men often play gate-keeping roles that fail to prioritize the meaningful participation of women and girls and peacekeeping – and when and how men have advanced more inclusive processes and approaches. This understanding will enhance decisions, promote responsible stewardship, and inform tailored efforts to minimize, rather than perpetuate, the inequalities that drive conflict and block peace. This is vital, as patriarchal gender norms, including violent masculinities, are often one of the key drivers of conflict and instability.”

We have to be very careful about language, Philipp Schulz, who’s a scholar, has talked about the notion of emasculation as if this is permanently robbing man of their manhood and that it leads to some kind of gender essentialization and his point is very well taken. I think when we use these words we should be very careful and I would actually like to propose that together with toxic masculinity, we should put these words in the cupboard and maybe address these issues in a more nuanced way.

David Duriesmith, Lecturer in Gender and Politics, Department of Politics and International Relations, The University of Sheffield

It’s not always about men needing sex, but rather that it’s about relationships and men’s emotions while on peacekeeping missions. Men miss not just sex, but also having human connections and relationships because they’re missing their family. One of the largest problems that peace-keepers face is homesickness—and that’s the same for men and women. Oftentimes, we think of sex, but it’s really about relationships and so taking this into account would be a recommendation for policy makers. For anybody who is deployed, whether man or woman, by attributing stereotypes – femininity onto women and masculinity onto men – we’re missing the fact that men might have these “feminine” needs of a relationship and vice versa. Incorporating ways to keep in touch with family or the relational aspect for peace-keeping operations would be a recommendation.

The first way in which masculinity was integrated into the WPS Agenda was through the involvement and engagement of men as champions. This engagement was configured around what was called the “good men,” the men who seemed to support and stand up for the women in their community and lives. However this framing leaves out the whole idea about looking at what is militarized about masculinity where men are expected to be violent and to dominate. Because of this framing we don’t look at the gendered norms which promote violence in the community and society. Many men live in a community where violence is acceptable for them to live up to the expectations set for them. So, when we look at integrating masculinity in the WPS agenda we also have to look at those gendered norms that have promoted militarized masculinity and begin to address those from the very foundation where they have been set.

In terms of peace-keeping missions and sexual exploitation and abuse, we should look at countries that contribute troops to their missions. One of the issues we should look at is training because, for example, there is no country that recruits people to join the military specifically for peacekeeping missions. They are all recruited and trained to be part of the military. So, it’s the training and the norms learned that continue to perpetuate these gender stereotypes; that men should be hypermasculine, especially while engaging in conflict situations where they’re supposed to be violent and dominant. 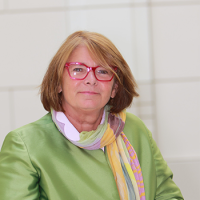 Lecturer in Gender and Politics, Department of Politics and International Relations, The University of Sheffield