"A strong agreement on Russia's accession to the WTO is good for the United States, good for Russia in the long run, and ensures the continued strength of our rules-based global trading system," said Randi Levinas, Executive Vice President, U.S.-Russia Business Council at a 6 June 2011 Kennan Institute event. The U.S.-Russia Business Council supports Russia's entry in the WTO so strongly that it established the Coalition for U.S.-Russia Trade, which today comprises 22 companies, 11 associations, and over 40 other entities to track bilateral and multilateral negotiations with Russia, as well as to explain the importance of the Russian market to Capitol Hill.

Levinas observed that Russia first applied for GATT (the WTO's predecessor) membership in 1993. And while observers of the process often cite that Russia has been working towards accession for 18 years, Levinas contended the reality is Russia has spent far less time seriously working on the requirements of membership. The complaint that WTO members are not letting Russia join "turns the principle of WTO accession on its head," added Levinas. Membership in the organization is based on voluntarily adhering to the highly technical rules that form the fabric of the global trading system. Allowing accession for political reasons would put the whole system at risk.

Russia's efforts to join the WTO were sidetracked by the economic chaos of the 1990s, especially by the financial crisis in 1998, but picked up steam afterwards. Russia has now completed the initial stages of accession, including gathering and providing information on its trade and legal regime to interested parties, and concluded its bilateral negotiations with the European Union in 2004 and with the United States in 2006. Russia's prospects for accession were complicated in 2007-09, what Levinas termed the "lost years," as Russia reorganized its trade authorities, fought a brief war with its neighbor Georgia in 2008, and announced in 2009 that it intended to enter the WTO as a customs union with Kazakhstan and Belarus. One problem with this declaration was that there is no provision in the WTO for members to enter as a customs union. Another issue was that neither Kazakhstan nor Belarus were members, or close to being members, of the WTO.

Russia later clarified its stance and agreed to continue to pursue accession individually. At this stage in the process, Russia's accession package is under consideration by the Working Party of interested members (in Russia's case, there are 60 countries participating). The Working Party serves as the mechanism for continued bilateral and multilateral negotiations on outstanding issues ranging from intellectual property rights to phytosanitary standards in agriculture. If Russia is to meet the goal of WTO accession in 2011, it must satisfy the Working Party members' concerns through negotiations and by providing specific commitments on trade schedules for goods and services. Levinas stated that Russia has made tremendous progress since last year, but much work remains. She noted that Stefan Johannesson, Chairman of the Working Party on Russia's WTO Accession, said that "If we want to make it by the end of the year, it will depend on the speed at which Russia can deliver."

The story of Russia's accession does not end with its entry into the WTO, at least not for the United States. Currently, the United States subjects Russia to the provisions of the Jackson-Vanik amendment to the Trade Act of 1974. This legislation, intended to pressure the Soviet Union to allow the free emigration of Jews, prohibits the United States from extending normal trading relations to non-market states that restrict emigration. As Russia has met these conditions since 1992 and received a presidential waiver since 1994, currently Russia receives normal trade relations status on a year-by-year basis. However, a basic tenet of the WTO is that members must extend each other "unconditional free trade."

Russia is the world's 10th largest economy. Nearly half of its 142 million people are in or entering the middle class, and it is already Europe's largest consumer market, according to Levinas. Sector by sector, Russia is proving itself an essential market: it is projected to purchase $90 billion in planes by 2020, it is projected to be the world's 6th largest car market by 2020 (with U.S. cars the top-selling foreign brands), and the infrastructure investments it will need to make over the next decade in housing, information technology, roads, agriculture, and medical equipment are similarly staggering.

Yet, Levinas stressed, the United States will lose out on this market to its competitors unless it removes Russia from Jackson-Vanik and extends Russia Permanent Normal Trading Relations (PNTR). The irony, she noted, is that many of the toughest concessions—including dispute resolution mechanisms, tariff schedules, intellectual property protection, and the removal of other non-tariff barriers—were won by U.S. negotiators and will apply to all WTO members. That is, all WTO members except, should Jackson-Vanik remain in place, the United States. Levinas concluded by noting that "unlike a Free Trade Agreement, PNTR does not require any liberalization of the U.S. market. Rather, PNTR ensures that the Russian market stays open to U.S. firms and farmers once Russia becomes a WTO member." 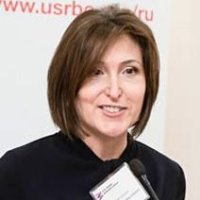 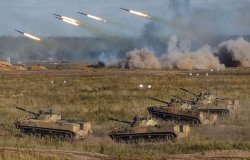