State of the Union: European Perspectives on a Changing America

State of the Union: European Perspectives on a Changing America

American Presidents traditionally give the State of the Union address early each year, except in those years when a new President takes office. In lieu of the traditional State of the Union this year, the Wilson Center has invited prominent America-watchers from Europe to offer their perspectives on the State of the American Union, including how the horrific events on January 6th and U.S. domestic turbulence have shaped European perceptions of American politics and society.

"I always think of the United States as the country of optimism. So I don’t want to end with this image of the country. But it not only depends on the Americans and the Biden administration but on the way the U.S. can cooperate with other countries. There is a paradox there: we know that the priorities of this administration will be turned inwards, because of the middle class, the pandemic, the economic emergency. But it also has to take into account what happens outside, not only in China."

“What we are looking for (in Europe) is openness. There is one political issue that is very difficult for the Europeans, it is the issue of secondary and extraterritorial sanctions. For European governments it is very tricky. It is a raw expression of American power. So there are a number of issues where closer cooperation with Europe and openness would be a very welcome sign.”

"The American Dream is no longer the glue which kept the country together for so many years. People understand that their children will not necessarily have a better life. They understood that it is not enough anymore if you work really hard to make it to the top. So the question is: What is this country all about? What is the identity of the US?"

"Hopefully the United States will find a way to shape an understanding of itself. Even when the white majority is the minority.

"Since the event is called “State of the Union” I would love to say: the State of your Union is strong. But unfortunately I can’t.  (...) Seen from here, Europe and Britain, I think the United States and in particular its democracy looks weaker, less attractive, and less compelling as example and leader, than at any time I can remember. That includes the mid-1970s. Let me remind you that after Vietnam and Watergate the name of the United States was mud in Europe. But then it came back."

"It is worth saying: One of the few things all Europeans have in common is the United States. That is to say:  you can have a conversation in the smallest bar or village about U.S. politics and people will know the basics. And they know much more about the U.S. than they do about each other’s countries." 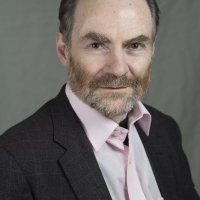 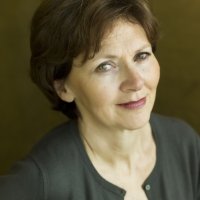 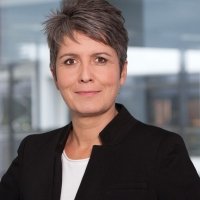