Stateless But Not Silenced: A Conversation on Refugees with Refugees

In this important conversation co-hosted by the Wilson Center, Smithsonian Media, and Independent Diplomat, Syrian refugees discussed necessary next steps to develop an ambitious global refugee policy that is guided, informed, and sustainable.

The Wilson Center, Smithsonian Media, and Independent Diplomat, invite you to join us for a conversation on necessary next steps to develop an ambitious global refugee policy that is guided, informed, and sustainable. Syrian refugees—currently, the world’s largest refugee population—will share grassroots perspectives on how the US and refugees can work together to generate and implement policies.  The speakers are part of a wider coalition coordinating to increase refugee engagement with the international community and will be participating in the upcoming United Nations Summit on Refugees as a refugee delegation.

Learn more about the Syrian crisis from Smithsonian Media>>>

Maria Al Abdeh, Director of Women Now for Development
Researcher and Human rights activist, Maria works closely with a team of over a hundred women inside Syria and the neighboring countries.

Ibrahim Al Assil, President and Co-Founder of the Syrian Nonviolence Movement
Syrian political analyst and civil society activist who serves as a resident fellow at the Middle East Institute. His work focuses on the Syrian conflict, civil society and political Islam.

Salim Salamah, Director of the Palestinian League for Human Rights
Advisor to UN Secretary General Ban-Ki Moon's UN progress study on youth, peace, and security. A Syrian Palestinian blogger, activist and researcher, he was born in Yarmouk Camp for Palestinian Refugees in Damascus, Syria and now lives in Sweden as a political refugee. 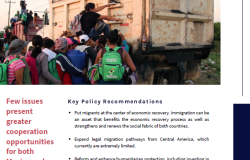