This discussion focused on the current and prospective role of the international community in South Sudan. Participants raised concerns about the dire humanitarian situation in South Sudan as well as the safety of humanitarian workers and the amount of aid given with no solution in sight. Participants debated future prospects for exercising leverage in the peacebuilding process, including instituting more strategic sanctions that address the root causes of conflict. Key areas identified for future work include administering aid strategically, engaging regional and local actors, developing more robust and inclusive data on the effects of sanctions, and examining the international community’s capacity to support the IGAD peace process.

Overall, the event was a timely opportunity analyze the current status of the conflict and progress made in South Sudan and to seek opportunities for future engagement around the key issues affecting the people of South Sudan and the broader region.

Through the Sudans Working Group, the Africa Program provides a platform for engaging U.S., African, and international policymakers and stakeholders in inclusive and forward-leaning dialogue aimed at advancing the prospects for peace, security, and development between and within the Sudans. The Sudans Working Group is co-chaired by Ambassador Goulty and Ambassador Nureldin Satti. 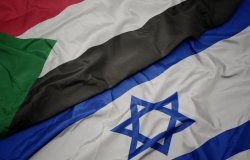 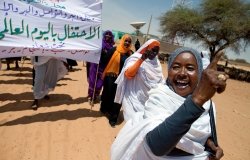