The Wilson Center Africa Program’s Sudans Working Group met on November 17, 2021 for an off-the-record, virtual discussion with Mr. Bryan Hunt, Director of the Office of South Sudan and Sudan in the State Department’s Bureau of African Affairs.

The Wilson Center Africa Program’s Sudans Working Group met on November 17, 2021 for an off-the-record, virtual discussion with Mr. Bryan Hunt, Director of the Office of South Sudan and Sudan in the State Department’s Bureau of African Affairs. Twenty-nine participants attended the meeting, including representatives from the U.S. and international governments, NGOs, think tanks, and academia.

Ms. Alyson Grunder, Senior Diplomatic Fellow with the Wilson Center Africa Program, moderated the discussion, which focused on evolving developments in Sudan since the military coup on October 25, 2021, the subsequent reaction of the U.S. government and international community, and the ways non-governmental groups and other stakeholders can support a peaceful return to the country’s democratic transition.

Mr. Hunt provided a comprehensive briefing of U.S. Government actions in response to the coup, including conversations held at senior levels with coup leaders and deposed civilian officials, the pausing of foreign assistance as well as debt relief, and the consideration of targeted sanctions. Throughout the discussion, participants asked questions and provided comments regarding the situation in Sudan, suggesting that a robust international response was needed to increase the pressure on coup leaders to return to democratic transition, ensure neighboring countries understood the coup’s destabilizing impact, support the clear desire of the “street” for civilian rule and deter future coups in Sudan and elsewhere.

Participants discussed potential ways that the United States has, could, and should engage in encouraging a return to the democratic transition process, and through what tools. Participants asked about the roles different states, IGOs, NGOs, and street protesters may play in the evolving situation and called for creative ways to support democracy activists, including through the restoration of internet access and continuous “shining of light” on the military’s ongoing human rights violations.

The recent appointment of a UN Human Rights Council Independent Expert was noted as a positive step. Reconciling diplomatic efforts to return to the pre-coup democratic transition process with the demands of protesters who no longer trust that process was viewed as an immediate and critical challenge. 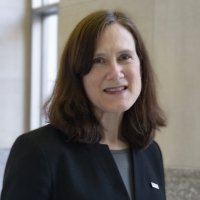