The 1919 Pogroms in Ukraine and Poland: One Hundred Years Later

Jeffrey Veidlinger will examine how the genocidal violence that engulfed the region right after the revolution laid the groundwork for the Holocaust.

In 1919, nearly one hundred thousand Jews were murdered in Ukraine and Poland in pogroms. These ethnic riots dominated headlines and international affairs of their time as aid workers warned that six million Jews were in danger of complete extermination. Twenty years later, these dire predictions came true. This talk examined how the genocidal violence that engulfed the region right after the revolution laid the groundwork for the Holocaust.

“I had always thought that the Holocaust was simply inconceivable before it happened […] that it was beyond the ability of human beings to imagine, to predict, to prepare for. But the evidence seems to be clear that the murder of 6 million Jews throughout Europe was not only conceivable but was being discussed as a distinct possibility twenty years before it became a reality […] If you look at Jewish, Russian, and Polish sources from the time, there is a great deal of discussion of what people fear will be the coming […] physical extermination of the Jewish race.”

“My argument is that the pogroms of the Civil War prepared the ground for the genocidal violence that took place in the same towns against the same people twenty years later by rendering the inconceivable conceivable […] and by emboldening foreign invaders – the Germans –  to push beyond where previous massacres had gone."

“In Poland and Ukraine, Jews tended to live in the center of town […] the market squares tended to be Jewish shops.  And this was the same group that was often attracted to Bolshevism which led to that perception […] But this does not mean that all Jews were Bolsheviks or that there was any justice to targeting them […] In the Zhytomyr pogrom, it is noteworthy that the first acts of violence took place in the wealthiest areas of town which is where there was a Jewish bourgeoisie – these are the people least likely to be Bolsheviks, yet the perpetrators continued to use anti-Bolshevik rhetoric as justification.” 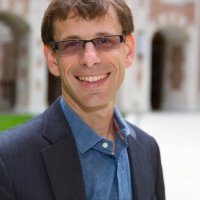