The Demography of Ukraine: Ukraine in an Election Year

The Demography of Ukraine: Ukraine in an Election Year

The last national census of Ukraine was conducted nearly 20 years ago. Recent attempts to conduct a new census since have been postponed. Complicating the issue, events in Ukraine such as Russia’s annexation of Crimea and the war in the East have led to dramatic demographic changes that remain unaccounted for in official statistics. Professor Ella Libanova, Director of the Ptoukha Institute for Demography and Social Studies of National Academy of Sciences of Ukraine, offered an analysis of Ukraine’s current demographic situation as well as predictions for where the country’s demography is headed on the eve of the 2019 presidential election. 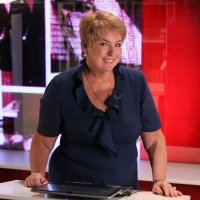 Director, Ptoukha Institute for Demography and Social Studies of the National Academy of Sciences of Ukraine
Read More