The Frost/Nixon Interviews: The Final Chapter of Impeachment

with James Reston, Jr., author of The Conviction of Richard Nixon: The Untold Story of the Frost/Nixon Interviews.

On February 20, 2009 Wilson Center on the Hill, hosted a session with James Reston, Jr., public policy scholar at the Woodrow Wilson International Center for Scholars and author of The Conviction of Richard Nixon: The Untold Story of the Frost/Nixon Interviews. The session focused on David Frost's interviews of President Nixon that took place in 1977, several years after the Watergate scandal and the House Judiciary Committee's passage of articles of impeachment led to the resignation of President Richard Nixon. These interviews were the first – and only – time that former President Nixon would submit to direct questioning about his role in the Watergate cover-up and respond to the charges underlying the Articles of Impeachment.

Reston, who spent ten months preparing David Frost for the "Watergate Interrogation," opened the presentation by noting that many find the use of the word "conviction" to be rather harsh because they believe that what President Nixon did pales when compared to what President George W. Bush did over the course of his eight years in office. Reston noted, however, that it is important to recognize the number of high level government officials that went to jail as a result of the Watergate burglary and subsequent cover-up. The scandal left the nation wondering how a country brings a president to justice.

Reston emphasized that it is important to view the Watergate scandal and the congressional impeachment process in the context of the tumultuous times in which they occurred. President Richard Nixon came to office in 1969 on a platform to end the Vietnam War. The youth rebellion against the war brought out some 500,000 people at its height. After the secret bombing of Cambodia and the shootings at Kent State in 1970, the movement increased. The secret bombing of Cambodia would become one of the five articles of impeachment. Nixon will be remembered for is reopening the lines of communication with China and the establishment of the Environmental Protection Agency and the National Endowment for Arts and Humanities, but his legacy will be clouded by the Watergate scandal.

The scandal began on June 17, 1972 when the "Watergate Seven" were caught breaking into the Democratic National Committee at the Watergate hotel. Many of whom worked closely with the Committee to Reelect the President (CREEP). To ensure that no connection could be made between the burglars and CREEP, the President and his staff would pay the burglars hush money to ensure their silence. White House Counsel John Dean managed the cover-up. Nine months after the break in, Dean laid out the scale of the cover-up to President Nixon – a conversation that came to be known as the "cancer on the presidency" discussion. Congressional investigations of the scandal began in the spring of 1973, and ultimately led the House Committee on the Judiciary to bring forth five Articles of Impeachment. . Due to the resignation of President Nixon and the subsequent pardon by President Ford, the impeachment process ended without a formal verdict.

The Frost/Nixon Interviews were as close as the country came to having a "verdict" in the impeachment, and it provided an opportunity to bring some resolution to a very traumatic period in American history. 57 million Americans tuned in to watch the interview – the largest audience ever for a public affairs program. Many have questioned why Nixon agreed to the interviews. Reston explained that Nixon was paid a lot of money to participate and cared a great deal about his memoirs, but probably also thought that Frost was "a softie" who would not aggressively question him and allow Nixon to tell his version of the events.

Nixon's expectations with regard to Frost proved to be incorrect. As Reston explained, he worked with Frost to develop questions and a strategy that would allow Frost to "control" the interview, get the former-President out of his preset responses and push Nixon to take responsibility for his actions. In Reston's view, Frost's mastery of the material would not be enough for the interview to be successful – Frost would have to take the role of a prosecutorial journalist, "he had to be accusatory." Frost had to be careful, as Reston noted that in journalist inquisition there is a fine line between going for a conviction and hectoring the witness. Reston said that "facts, dates, and interrogation were what was needed." Through his research, Reston was able to come up with substance that would surprise Nixon and this would be key.

Frost ultimately was able to elicit an apology from President Nixon. He said "I let down my friends. I let down the country. I let down our system of government, and the dreams of all those young people that ought to get into government, but now think it too corrupt." Reston stated it is up to us to decide whether it was sincere or crafted. Nixon went on to say "Yep. I let the American people down, and I have to carry that burden with me the rest of my life. My political life is over. I will never yet and never again have an opportunity to serve in any official capacity." In his book, Reston noted that this statement provided the final success of the Frost interviews.

In conclusion, Reston said that the Frost/Nixon interviews far exceeded their expectations. Most importantly, they forced an acknowledgement of wrongdoing, elicited an extraordinary apology, and mounted to a completion of that era in American history. 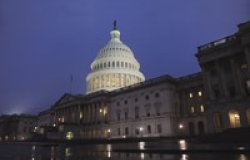