The Future of Arctic Cooperation in a Changing Strategic Environment: A Report by RAND

The Polar Initiative is hosting the release of RAND's report, titled "The Future of Arctic Cooperation in a Changing Strategic Environment: Insights from a Scenario-Based Exercise Organized by RAND and Hosted by NUPI."

The Future of Arctic Cooperation in a Changing Strategic Environment: A Report by RAND

In recent years, the Arctic has been increasingly described as a region of intensifying geostrategic competition. Though cooperation in the Arctic region remains strong, questions have emerged about how resilient it would be to major changes, some of which the region is already experiencing, and whether the current patterns of cooperation between nations would continue.

As the region's ice cover gets thinner and smaller in area due to rising temperatures, a number of factors could change the level of cooperation among countries interested in the Arctic region. These include resource-rich areas becoming accessible, increase in the usage of maritime sea routes by both commercial and military traffic, and the increase of new opportunities and elevated risks to coastal communities in the far north. 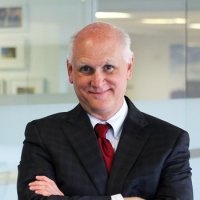