Before the Indo Pacific: The Legacy of Indian Ocean Geopolitics During the Cold War

The Trump administration has branded its core Asia policy as an Indo-Pacific strategy. “Indo Pacific” is just the latest term to be used to describe a region stretching from the southern shores of Asia to the waters of the Pacific Ocean. Before Indo Pacific, there was Indian Ocean—a key spatial category, according to historian Berenice Guyot-Rechard, to understand the notion of Indo Pacific today.

During the Cold War, the Indian Ocean may have been an area of limited importance for the United States. But for the countries around the shores of the Indian Ocean—most of them grappling with the difficult, long-term process of decolonization—the region was a space to assert sovereignty, forge new post-colonial solidarities, and make a mark on the international order. All this, in turn, transformed oceans into a major resource and sovereignty frontier—and made them highly politicized.

Dr. Guyot-Rechard will sketch out these Cold War-era geopolitical contestations over the Indian Ocean, and consider how their legacy has impacted how we envision the Indo Pacific today. 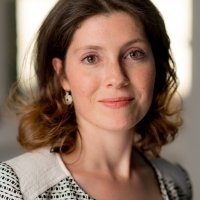