The Last Time We Were at Nuclear Zero

The Last Time We Were at Nuclear Zero

"The Last Time We Were at Nuclear Zero"

George H. Quester is the Chairman of the Department of Government and Politics at the University of Maryland and the J.B. and Maurice C. Shapiro Visiting Professor of International Affairs at The George Washington University's Elliott School of International Affairs. A renowned scholar in the field of nuclear weapons and arms control, Quester has held appointments at the National War College, the United States Naval Academy, Cornell University, Harvard University and the Center for Advanced Study in the Behavioral Sciences at Stanford University.

Professor Quester is the author of Deterrence Before Hiroshima (1966), The Politics of Nuclear Proliferation (1973), The Future of Nuclear Deterrence (1986), Nuclear Monopoly (2000), Offense and Defense in the International System (2003), Nuclear First Strike: Consequences of a Broken Taboo (2005), and Preemption, Prevention and Proliferation: the Threat and Use of Weapons In History (2009).

This meeting is part of an ongoing series that provides a forum for policy specialists from Congress and the Executive, business, academia, and journalism to exchange information and share perspectives on current nonproliferation issues. Lunch will be served. Seating is limited.

Please RSVP (acceptances only) at iss@wilsoncenter.org 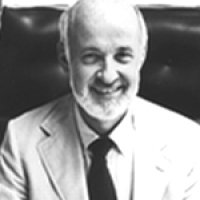