The Outlook for Mexico's Energy Sector under the AMLO Administration

This conference sought to engage senior thought leaders from across the energy spectrum in a dialogue on the future of the Mexican energy model two months after the inauguration of President Andrés Manuel López Obrador.

Mexico's new energy model has been controversial in the Mexican regime, but widely held around the world. Since 2013, Mexico has witnessed a deep and rapid opening of its energy sector, as well as several attempts to reform PEMEX and the Federal Electricity Commission (CFE). However, Mexico's energy reform is still incomplete and faces new challenges under a new Andrés Manuel López Obrador administration.

The Wilson Center's Mexico Institute hosted "The Outlook for Mexico's Energy Sector under the AMLO Administration," a conference that sought to engage senior thought leaders from across the energy spectrum in a dialogue on the future of the Mexican energy model two months after the inauguration of President Andrés Manuel López Obrador. Experts provided key perspectives on the current and future landscape of the Mexican energy sector, helped better understand the challenges and opportunities the new administration faces, and shed light on ways to enhance public-private cooperation. The Mexico Institute also presented the book Mexico's New Energy Reform. Authors discussed successes in the energy reform process; what still needs to be done in regards to implementation; and the changes and modifications that are needed to take advantage of the reform in its entirety.

“At the beginning, the cash flow [of the petroleum project] is negative. You invest, invest, invest, invest, [and] you don’t get a single barrel. And then you start producing, it goes up, and you get your cash flow, and there you get your profit. So, it’s a long-term business. It’s not today for tomorrow. You have to plan for a long time.” “So, how much money are we talking about? Well, up to now, we have approved 30 billion dollars in investment, so when all this has moved on, like in four years’ time, then we’re going to get 143 billion dollars of approved investment. It’s not going to happen one day to the next. It’s going to happen during the duration of the contract.” “Mexico has far more [oil] than we expected. So, we have the opportunity. Now, we have to have the system that brings investment into the country. We have twice as much resource than we thought we had – well, where’s the money? So, we have to bring again private companies, private investment, foreign investment, etc.”

“We are expecting 15,000 more gas stations to be applying for authorizations, so it is a huge task. We are only 400 people, so we as you might think, and you would expect, we’re relying heavily on technological tools.”  “What you will see is everybody will be required to have an administration system on these environmental practices, and with continuous improvement in the regulations and in the authorizations. We are also favoring preventive and corrective actions, rather than the prosecutor approach; we’d rather go out after corrective services so that the good money goes to the correction rather than to the imposition of fines.” “We need to create a momentum [for the National Agency for Safety, Energy and Environment (ASEA)], so what we decided was to at least put a minimum of requirements to the third party, so the market would be created, and now we are putting a little more eyes on that, and we are strengthening the requirements for third parties. We’re making sure that we’re going to review them and that they are going to be subject to high standards of performance.” 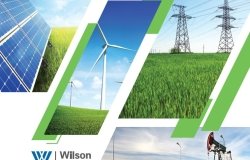