The Peace Process in Colombia

A discussion on the Peace Process in Colombia led by Enrique Santos Calderón, brother of the President of Colombia, Juan Manuel Santos.

To read a summary of the event (in Spanish), by FUNDACION IDEAS PARA LA PAZ, go here.

Nearly half a century of internal armed conflict in Colombia has exacted an incalculable toll in human lives and lost opportunity.  Millions have been displaced, some multiple times, thousands have been kidnapped, others maimed, the infrastructure repeatedly attacked, in the longest-running guerrilla conflict on the continent.

At the same time that the conflict has dragged on—largely in rural areas that contrast sharply with the luster and vitality of urban centers--Colombia has made impressive gains in security and economic growth.  The country has been a pioneer – for Latin America as well as the world—in negotiating with multiple armed groups to achieve their demobilization and reintegration into society.

Some of those peace talks have succeeded.  Others have ended in bitter disappointment and acrimony, hardening public attitudes toward the very idea of peace negotiations, especially with a group such as the FARC, whose chronic abuses against the civilian population and involvement in Colombia’s illegal economies have contributed to their political isolation inside Colombia and abroad.

The story presented here is and why the government of President Juan Manuel Santos decided that the time was ripe to reach out to the FARC, in an effort to end the conflict once and for all.

Following months of secret contacts spearheaded by Enrique Santos Calderón a framework accord was signed in Havana, Cuba last August; the framework agreement sets out specific agenda centered on agrarian development, political participation, and issues of ceasefire, demobilization, and reintegration, among others.

Formal talks opened in Norway last October, and began in earnest in Cuba in November.  International observers and guarantors of the process include Cuba, Norway, Venezuela, and Chile.

This event brought many questions—with feelings of skepticism, doubt, measured optimism, even hope—about the possibilities that these talks will succeed where others have failed.  And many questions as well about what success would mean, and what would be the obstacles and challenges to implementing an accord.

Guests included two of Colombia’s most prominent and respected journalists, who throughout their lives have endeavored to understand the internal armed conflict, as well as contribute to its resolution. 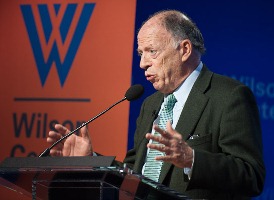 Enrique Santos Calderón has worked for the leading Colombian daily, El Tiempo, for 40 years and served as its director from 1999 to 2009.  On three occasions he was awarded Colombia’s prestigious National Journalism Prize for his opinion column in El Tiempo.  In the 1970s, and together with one of Colombia’s most distinguished exports—the Nobel Prize-winning author Gabriel García Márquez—he founded Revista Alternativa .

In 1981-82, during the administration of President Belisario Betancur, he served as a member of the Comisión de Negociación y Diálogo in peace talks with the M-19 and the EPL guerrillas.  During the current government of his brother, President Juan Manuel Santos, Santos played a the key role in preliminary contacts with the FARC

He has served as the President of the Sociedad Interamericana de Prensa (Inter-American Press Association), and is the author of numerous books. He holds a B.A. in Philosophy and Letters from the Universidad de los Andes and did postgraduate studies in Political Science at the University of Munich. 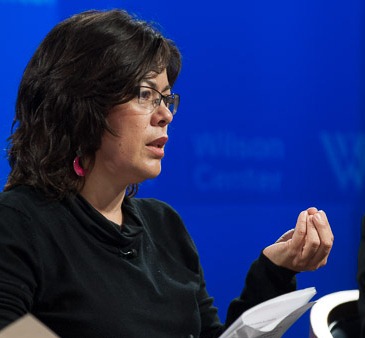 Marta Ruiz Naranjo is a prominent journalist with more than 15 years of experience covering the Colombian armed conflict. Over the last ten years, she has held a number of senior positions with the weekly news magazine, Semana, including editor for security and conflict, editorial adviser, and online columnist. She is also a columnist for the cultural magazine Arcadia. Her award-winning reporting has focused on issues of human rights, reconciliation, narcotics trafficking, peace talks and politics in general. She holds a B.A. from the Universidad de Antioquia and has an M.A. in Political Studies from the National University of Colombia.

María Victoria Llorente is executive director of Fundación Ideas para la Paz and interim coordinator for the organization’s Security and Defense Studies Area. She earned a political science degree from the Universidad de Los Andes and is a specialist in crime and violence issues, national and citizen security policies, and police reform. Before joining Fundación Ideas para la Paz in 2007, Ms. 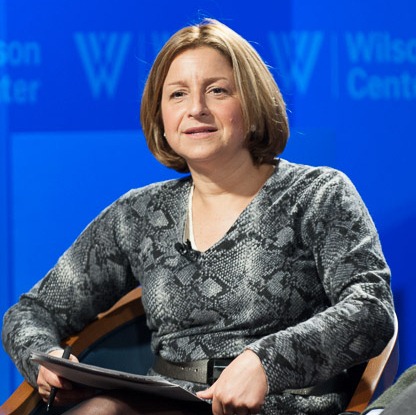 Llorente worked from 1998 to 2006 as an associate researcher at the Centro de Estudios sobre Desarrollo Económico (CEDE, Center for Studies on Economic Development) at the Universidad de Los Andes; there, she coordinated the Public Peace Studies Group, which conducted multiple research projects on violence, security and justice in Colombia. Ms. Llorente has also worked as a consultant for the Inter-American Development Bank, the United Nations Office on Drugs and Crime, the Colombian National Police, and the Office of the Mayor of Bogotá on several projects related to citizen security, youth crime prevention, and police reform. From 1990 to 1994, she worked as an adviser for the Presidential Council for Defense and National Security and for the Ministry of National Defense, on the design of citizen security policies and police reform in Colombia. Ms. Llorente has written extensively on these topics and is co-author of several books, including Reconocer la guerra para construir la paz (Norma 1999), Caracterización de la violencia homicida en Bogotá (Alcaldía de Bogotá 2002) and Violencia en las familias colombianas: costos socioeconómicos, causas y efectos (BID-DNP-CEDE, 2004).