The Rule of Law in Brazil: Three Decades of Progress and Challenges

On May 22, the Brazil Institute of the Wilson Center hosted an all-day conference of experts to review progress and challenges in the building of the rule of law in Latin America’s largest democracy.

SCROLL TO THE BOTTOM OF THE PAGE TO DOWNLOAD PANELIST POWERPOINTS

This event is held in partnership with:

With the generous support from:

Three decades of democratic rule in Brazil have produced meaningful progress towards establishing a universal and effective rule of law in South America’s largest nation. The formal institutions of the judicial system have been improved significantly through a series of reforms to the legal structure, changes in procedural rules, and improvements in staffing and administration. The courts have addressed rising citizen demands by improving their efficiency, even as they simultaneously expanded access. Although important challenges remain, the judicial system has narrowed the gap between demands for justice and the provision of rights, contributing to improved social justice, enhanced development outcomes, and the deepening of democracy in the country.

On May 22, the Brazil Institute of the Wilson Center will host an all-day conference of experts to review progress and challenges in the building of the rule of law in Latin America’s largest democracy. This will be the first of a series of four conferences planned for 2015 and 2016, and part of a broader Wilson Center initiative to examine the rule of law on a global scale. The conference is co-sponsored by Fundação Getulio Vargas law schools in São Paulo and Rio de Janeiro, and American University’s Washington College of Law and School of International Service in Washington, D.C. It was made possible by generous support from Mattos Filho Advogado and Arnold & Porter LLP. 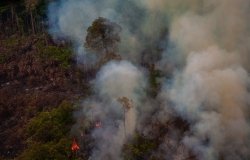