After the Chinese Communists defeated the Nationalists in 1949 (and even more so after the Korean War), United States foreign policy focused on stopping communist expansion into Southeast Asia.  Americans are familiar with this effort in Indochina. But early in the Cold War the United States viewed newly independent Burma as nearly as important as Vietnam. Because Burma shared a long border with China and chose a strictly neutral international stance, the U.S.-Burma relationship was fascinating, delicate, and complex.

Kenton Clymer, a fellow at the Wilson Center, is Distinguished Research Professor of History at Northern Illinois University. His two-volume history of U.S.-Cambodia relations won the Ferrell Prize in 2005 from the Society for Historians of American Foreign Relations. His other books are about John Hay, Protestant missionaries in the Philippines, and American interest in India’s independence. He is currently writing a history of U.S. relations with Burma. 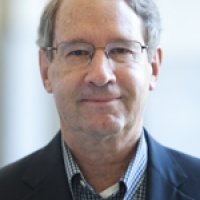