The V Summit of the Americas: Perspectives from the Region

A panel reflected on the meaning of the V Summit of the Americas as a forum for addressing the hemisphere's most pressing problems.

The V Summit of the Americas: Perspectives from the Region

The 2009 V Summit of the Americas in Trinidad and Tobago, held April 17-19, 2009, raised high expectations regarding the possibility for coordinated hemispheric responses to a host of urgent problems: the deepening global financial crisis, the growing threat posed by organized crime, climate change, and ongoing disagreements over trade and migration issues. On April 3, 2009, just prior to the Summit, the Latin American Program hosted a panel discussion to reflect on the meaning of the V Summit of the Americas as a forum for addressing the hemisphere's most pressing problems. A central question concerned the Summit's relevance in light of other efforts at regional institution building and coordination. 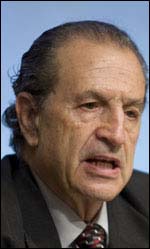 Ricardo Borja, president of Ecuador from 1988-1992 and former secretary-general of the Unión de Naciones Sudamericanas (UNASUR), described the current global economic crisis as structural in nature, caused by the absence of regulations and controls on the market. The last fifty years have witnessed the failure of two models of state organization and development, one statist and Marxist-oriented, and the other market-based and neo-liberal. Markets are incapable of distribution, he argued, and democracy and free markets are not synonymous: democracy seeks equality and justice whereas the market has no interest in either. What is needed, he said, is what Peruvian Víctor Haya de la Torre called in the 1960s the "third voice," similar to the "third way" of European countries that have involved the state heavily in the protection of social welfare.

According to President Borja, Latin America must follow its own path of economic and political integration; as secretary-general of UNASUR, he envisioned the organization as a means to that end, similar to the European Union. He resigned from the organization because of two fundamental disagreements. First, he said, regional presidents did not accept that sub-regional agreements such as Mercosur and the Andean Pact would be subsumed by a regional structure such as UNASUR. Second, he envisioned UNASUR as an "organic structure of integration" rather than as another forum of consultation, a vision not shared by other presidents of the region. 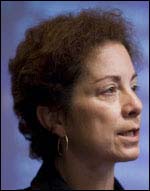 Francine Jácome, executive director and researcher at the Venezuelan Institute for Social and Political Studies (INVESP), provided an overview of civil society participation in the Summit process. She described both an "insider" and "outsider" view of such participation, the first characterized by a process of prior consultation and the latter by "anti-summit," alternative forums convened by civil society organizations. The process of "insider" consultation began at the time of the 1998 Summit held in Santiago, Chile, and enjoyed the support of the Organization of American States as well as of host governments, including Canada in 2001. The Fifth Summit in Trinidad and Tobago was the first in which non-governmental organizations participated in four sub-regional meetings (in the Caribbean, Central America, South America, and Washington, D.C.) prior to the Summit, as well as a meeting in Trinidad in the days before the Summit itself. This consultation aside, Jácome said, NGOs had little involvement in setting the actual Summit agenda.

Jácome recognized as an important advance the fact that the OAS had substantially increased its support for civil society involvement in the Summit process. But she noted low levels of compliance with the commitments undertaken at the Summit meetings. NGOs have geared up to monitor such compliance: the Active Democracy Network, comprised of 24 civil society organizations, monitors compliance with Summit mandates in areas of access to information, freedom of expression, decentralization and local governance, and civil society participation in decision-making. Of the 21 countries measured to date, twelve had taken actions that represented a step backward with respect to mandate compliance. She called for the OAS to institutionalize a mechanism to ensure and measure compliance, by setting up national commissions in each country that would involve formal guarantees of civil society involvement alongside foreign ministers. 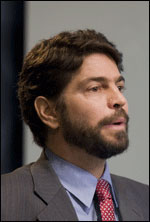 Ricardo Sennes, director and partner of Prospectiva International and professor at the Pontifica Universidade Catolica in São Paolo, discussed how Brazil has redesigned its international strategy and presented a more assertive global presence. On the domestic front, Sennes explained, numerous factors have contributed to Brazil's emergence: political and macroeconomic stability; "selective" state reform that liberalized and modernized parts of Brazilian economy and bureaucracy while maintaining a strong and effective state presence; national recognition that Brazil can and should play a leading role on critical global issues (climate change, energy, and reform of international institutions); and the growth of world-class industries (agriculture and biofuels) and companies (nearly 200 companies are major competitors both regionally and globally). Similarly, changes in the external environment have strengthened Brazil's position. Specifically, Sennes highlighted its "strategic accommodation with United States, growing international economic interests," and its regional policy, now focused mostly on South America. The United States increasingly perceives Brazil's regional policies as convergent with many of its own interests; not only does it recognize Brazil's national interests within the region as legitimate, the United States also considers it the main interlocutor in South America and the least "conflictive partner" among the BRIC (Brazil, Russia, India, and China) nations. In reference to Brazil's "new regional approach," Sennes maintained that the lack of institutionalization of interstate relations is not a "policy mistake," but rather a deliberate strategy to avoid creating supranational bodies that may limit Brazil from pursuing its national interests. 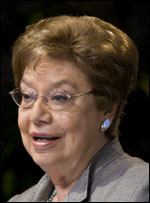 Olga Pellicer, professor of international affairs at the Instituto Tecnológico Autónomo de México (ITAM), spoke about the Summit of the Americas as an institution and about Mexico's approach to the summit. The Summit process itself, Pellicer argued is as important as Declaration of Commitment signed by the participants. The Declaration of Commitment is significant because it sets regional priorities- including energy security, sustainability and public security - but ultimately represents optimistic yet unenforceable goals. Summit documents are reduced to their least common denominator, and follow-up mechanisms are lacking. Nonetheless, she emphasized that the process is critical, not only because it provides a space for leaders to meet, but because it ignites the mobilization of civil society. This activism, Pellicer stated, may be the key to generating concrete public policies in the priority areas. Mexico, she added, has not placed a great amount of emphasis on the Summit; while Mexico's Summit agenda will likely concern energy and environmental security, combating organized crime, and managing immigration, the government sees the Summit more as a symbolic gesture and opportunity to meet other leaders than as the forum for resolving these challenges.