Existing, planned and under construction dams in the Mekong River Basin look like domino game. Dams are but one major pressure on ecosystems in the basin, where resource provision and water management are increasing and projected to worsen over the next several decades. Many of these issues cross state borders and the data are clear: state unilateralism cannot solve transboundary problems.

On September 7, 2012, the largest of the eight dams on the Chinese side of the Upper Mekong River came online in Pu’er, Yunnan Province. The Nuozhadu hydroelectric station, Asia’s tallest dam, turned on the first of its nine generating units that will supply 23.9 billion kilowatts of energy by 2014. Two months later, Laos announced that it was going ahead with the construction of the Xayaburi Dam and broke ground shortly thereafter, despite continued opposition from Cambodia and Vietnam. Indeed, like falling dominos, dams are cascading down the Mekong River. Laos, Thailand, and Cambodia together have proposed a total of 12 dams on the lower Mekong that threaten to irreparably harm the ecology of Southeast Asia’s most vital river.

On December 6, two leading experts on the Mekong, Ed Grumbine and Richard Cronin, spoke at a China Environment Forum and ECSP meeting at the Woodrow Wilson Center about the transboundary impacts of dam development on the Mekong. 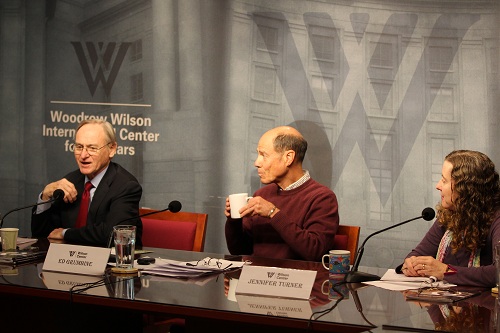 Dams exacerbate many of the existing pressures on the Mekong Basin, such as decreasing water quality, growing food demands, and poor land management practices. Dr. Grumbine, visiting fellow at the Kunming Institute of Botany, presented an integrated framework for examining the transboundary environmental security problems in the Mekong Basin. Dr. Grumbine cited the China Environment Forum’s Choke Point work on the water-energy-food nexus as an example of developing the necessary integrated transboundary approach to these complex transboundary problems in the Mekong River Basin. 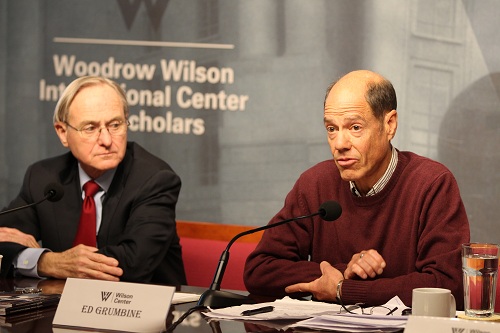 Some of the key drivers threatening environmental security in the basin are unearthed through the examination of the water-energy-food confrontations. For example, the Nuozhadu dam is securing water for Yunnan’s main tea and coffee plantation area and supplying energy for the booming urban and industrial province of Guangdong Province. The dam exemplifies China’s development model, which prioritizes infrastructure and technology development to supply energy and water over efforts to promote conservation. For example, the Chinese agricultural sector very inefficiently uses 62% of the country’s water. To simultaneously quench the thirst of massive urbanization, industrialization, and energy development, China focuses more on energy intensive water transfer projects and desalination plants than policies to improve efficiencies. On top of these pressures, China is on the edge of falling below the minimum amount of arable land required to feed its people. Some other facts Dr. Grumbine highlighted include:

Using the context established by Dr. Grumbine’s presentation, Richard Cronin, Senior Associate at the Stimson Center, focused on the potential impacts of dam development in the lower Mekong. China’s eight dams on the upper Mekong have essentially set the precedent for construction of lower Mekong dams. These dams in Yunnan Province will eventually hold 30 billion cubic meters of water while trapping 80 percent of the river’s nutrient rich silt. The lower water and silt flows have significant implications for downstream water management, the viability of lower Mekong dams, and the maintenance of the Mekong River Delta, which rising sea levels from climate change are already threatening to submerge. The Mekong River Delta is responsible for 50 percent of Vietnam’s rice crop and 25 percent of its GDP. Mr. Cronin then went on to dispel three myths about dam development along the Mekong: 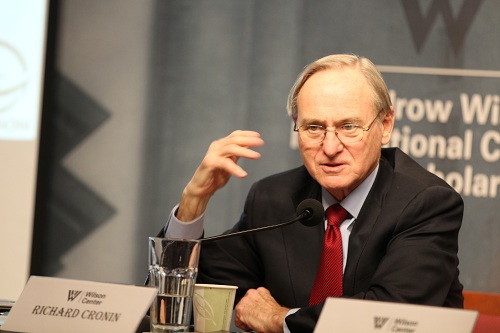 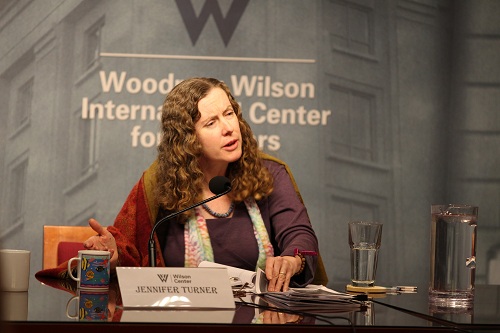