With so much focus on global environmental problems, many may wonder how their region is faring more specifically. This is the sentiment behind the United Nations Environment Program’s process for the latest iteration of its flagship assessment.

With so much focus on global environmental problems, many may wonder how their region is faring more specifically. This is the sentiment behind the United Nations Environment Program’s process for the latest iteration of its flagship assessment, the Global Environmental Outlook 6 (GEO-6).

The GEO-6 will combine six regional reports into a single assessment in mid-2017 with individual regional reports currently available in draft form. On June 21, a two-panel discussion with four lead authors from the report and key policymakers met at the Wilson Center to release and discuss the Regional Assessment for North America, which covers the United States and Canada.

Jason Jabbour, a regional coordinator for the UNEP Regional Office for North America, encouraged readers to look “beyond the book.” Rather than a static report, Jabbour characterized the GEO-6 process as a “venue to create meaningful dialogue,” making valuable data publically accessible, creating a peer-reviewed baseline level of knowledge, and demonstrating progress and challenges to the world. The ultimate goal of GEO is to improve the interface between science and policy for innovative, more effective environmental management.

“The State of the Environment Is Good”

“While people are concerned with global environmental problems, politics and the environment are really local,” Daniel Reifsnyder, the deputy assistant secretary for the Bureau of Oceans at the U.S. Department of State. “People care deeply about where they live and the environment in which they raise their children.”

The GEO-6 “does not tell the regions what they should do, it asks them what’s on their minds and invites them to document those things,” said Marc Levy, a coordinating lead author and deputy director of the Center for International Earth Science Information Network at Columbia University. One thing he noted for North America was that people tend to have strong reactions to environmental issues, one way or the other. “The things that people said they cared most about fell either into a problem that worried them or a solution that excited them.”

Levy said “the state of the environment is good” in North America, a status that has been earned. “A lot of this is the result of very hard work to design and implement effective policies.” For example, “we have a very effective air quality management system that continues to decrease emissions, improve air quality, and bring quite significant public health benefits to our economies as our economies continue to grow and prosper,” said Terry Keating, a coordinating lead author and scientist with the Environmental Protection Agency’s National Center for Environmental Research. Water quality is also “extremely good” in most places, thanks to a resilient and well-enforced set of policies.

However, despite the overall good grade, there are worrying signs. “There is not a single environmental condition that is good without exception,” said Levy.

“We have new systemic challenges,” said John Matuszak, an international affairs officer at the U.S. Department of State and chair of the GEO-6 Committee of the Whole, including more severe fire seasons, managing carbon emissions, negative trends in biodiversity, and rapid changes in the Arctic. And while there have been some encouraging signs in slowing land use conversion, the expansion of urban areas and continued fragmentation of natural landscapes remain challenges in many places.

There are still pockets where poor environmental quality persists, as well – Flint, Baltimore, Appalachia, and portions of the urban northeast coast. Areas that failed national ambient air quality standards were mostly located in urban and socioeconomically disadvantaged regions of the United States. Areas with extractive mineral industries were also identified as having declining environmental quality. “There’s still subpopulations which are affected disproportionately,” said Keating, and “we need to work to reduce their exposures.”

Paula Brand, director general of the Sustainability Directorate at Environment and Climate Change Canada, said GEO-6 “begin[s] to frame things not always as problems but opportunities to move forward.” She cited the “crumbling infrastructure” throughout North America, and recent budget allocations to replace it. “How do we get the best investments out of these from a green infrastructure point of view?” By including environmental considerations in the decision-making process, she said.

“GEO is all about transparency,” said Brand. “The release of this kind of information, scientifically credible and validated through a very extensive peer reviewed process is an extremely important piece of…the policy development phase.”

“When GEO started back in ‘95 the governments weren’t making data available,” Matuszak recalled. “Things were always talked about on a global level because countries were afraid that someone might point the finger at them and say, ‘Well, there’s a problem here.’”

Open access is “becoming a powerful change agent in the environmental field,” changing “how we monitor and quite frankly manage the environment,” said Jabbour. “We are at this moment in history where it is within our means to make it possible for anyone to know something or learn as much as can be learned.”

Keating partially attributed North America’s strong clean air standards to such transparency. Information management and technology “is allowing people to gain access to information about emissions, their exposure, air quality in real time… It helps to build a public demand for clean air.”

Richard Guldin, a coordinating lead author on the report and senior fellow at the Society of American Foresters, said the collection of data and tools available to everyday people is growing so quickly that people can now see advanced forestry data almost in real time. “Perhaps that openness and transparency is one of the keys to rebuilding public trust for active management of natural landscapes,” he said.

Many of the challenges facing the United States and Canada are problems that will be either improved or exacerbated with technology. Technology is allowing environmental managers and citizens to track changing trends with increased accuracy and specificity; extending the benefits of technology to resolving environmental problems is the next step.

“Environmental management is also about influencing the paths of technology,” said Michael Brody, a coordinating leader author and professor at American University. In either direction, the technology is already developed and waiting. “If we want to make obsolesce of consumables not an environmental problem, then we need to make that choice,” and implement policies that reflect that choice, said Levy.

Even if sustainability isn’t a policy priority for people, there are market demonstrations that when consumers have access to product impact information they make more sustainable purchases, said Matuszak, citing popular bike- and ride-sharing ventures and the demand for hybrid vehicles, including high-end products like Tesla’s electric car.

However, the current consumption trends in North America generally point to more intense consumerism. “What we do know is that if everybody in the world consumed the way we do in the United States,” Keating said, “the world would have a very big problem”

Moving forward, Levy and Guldin cited the escalating costs of fire management as a major issue. Due to climate change, Guldin noted that forests are becoming increasingly vulnerable to pests and disease. They’re also more densely populated because controlled burns have gone out of favor. This volatile combination is fueling larger, hotter, and more expensive fires.

Keating noted that in order to mitigate the broader effects of climate change, it is important to understand what drives pollution and how drivers are changing. For example, urbanization is changing the way air pollution is formed, and extractive industries are expanding into previously untouched areas, creating new demands for protection, he said, citing the tar sands in Canada and the United States.

How can the United States and Canada avoid going off course? Brand believes more work needs to be done to improve the interface between environmental scientists and the general public to improve trust. “We have…the ability to communicate science in a really simple way that doesn’t discredit or undervalue the integrity of the science, but actually make it acceptable to people.” For example, if “we are going to talk about ‘emissions from transportation,’ [it] doesn’t mean anything, but if you start to talk to me about mobility and how I get around, now I am going to listen.”

Continuing to improve is important not only for the health of Canadian and American citizens but to improve international relations, said Matuszak. It shows that North America is setting an example domestically so that when our partners ask what we’re doing, we can answer, he said.

There is significant “expertise within the North American region that we can really harness to expand our knowledge elsewhere,” said Sumi Mehta, senior director for research and evaluation at the Global Alliance for Clean Cookstoves. 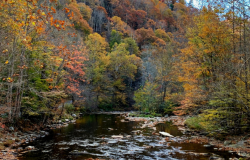 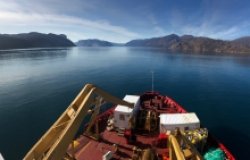 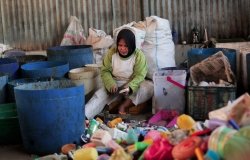 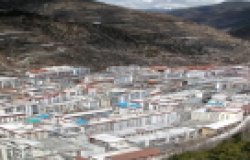 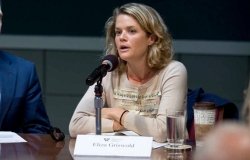 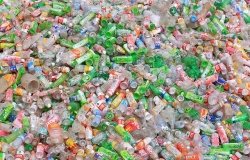 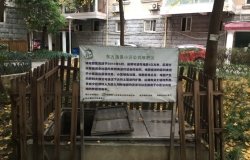