The Mexico Institute hosted an event on U.S.-Mexico relations, security, and human rights, exploring the effects of U.S. policy, and Mexico's struggle against organized crime, on the security situation in the country.

Mexico has experienced an intense security crisis, organized crime wave and an explosion in violent crime. In the past, scholars, analysts, and media commentators have overlooked the central role of U.S. policy towards Mexico, instead framing the discussion in terms of a battle over territory and political control between drug trafficking organizations and the state.

While drawing on contemporary debates, this event went beyond these often limited discussions about the causes and factors which have culminated in Mexico's most violent period since the Revolution. In particular, it considered the role of U.S. policy, including the extent to which Mexico's struggle against organized crime and bilateral policy have affected the security situation, and will explore potential solutions to the crisis in an attempt to foster a new debate about the role of the United States in Mexico. 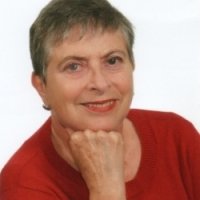