Vanishing Frontiers: The Forces Driving Mexico and the United States Together

The Mexico Institute and the Migration Policy Institute invite you to a discussion marking the release of MPI President Andrew Selee's latest book, "Vanishing Frontiers: The Forces Driving Mexico and the United States Together."

There may be no story today with a wider gap between fact and fiction than the relationship between the United States and Mexico. Deeply intertwined social, economic, cultural, and family relationships make the U.S.-Mexico border more seam than barrier, weaving together two economies, societies, and cultures.

Mexico has undergone a remarkable transformation over the past two decades that has made it a more educated, prosperous, and innovative nation than most Americans realize. And this emerging Mexico increasingly influences our daily lives in the United States in surprising ways — the jobs we do, the goods we consume, and even the new technology and entertainment we enjoy.

At this discussion, marking the release of MPI President Andrew Selee's latest book, speakers explored the emerging trends in migration, economic interdependence, technology innovation, and cultural exchange that are transforming the relationship between the United States and Mexico, and the policy implications of these changes for our future.

“The idea was trying to tell the story about how two countries – Mexico and the United States – had become so deeply integrated and so deeply interrelated in ways that we often miss… and how this has become a truly intimate relationship.”

“If you look at the long term, I am very convinced… you are going to find that this is a relationship that will grow closer – with or without the politicians.”

“The most influential actors are our peoples and our societies. In this sense, governments are not the main drivers of our integration phenomenon. Sad as it may sound, our capitals’ involvement is marginal.”

“We must understand that no country can isolate from others and much less so if isolationism tries to contain forces pulling it towards its neighbors. The strongest integration forces are social and economic, not political.”

“As we think of Vanishing Frontiers, we must acknowledge the complexity of sharing such a vast land border. And also, we must remember that through joint efforts and a high level of cooperation, we have been able to avoid terrorists crossing our border. I am certain that another element of our countries' coming closer together is a deeper understanding of our shared interests and the new threats that we face together.”

“Mexico has grown into the thirteenth-largest economy in the world; it is no longer the sending country that we experienced over the last five or six decades. It has become a transit country, because the driving factors, the push factors, are now affecting Central Americans, particularly in the Northern Triangle of Guatemala, Honduras, and El Salvador.”

“We need to address downstream the two large issues: long term is the factors that drive people out of the Northern Triangle, and we [also] have to address the fact that we have a broken immigration system – which everyone agrees is broken, although we don’t seem to be able to come up with comprehensive immigration reform. Those are the two elements that have to be addressed.”

“There is so much misinformation floating about between our governments, our people. If you walk outside the doors of this institute and ask the first 10 people you meet, ‘What do you think about the North American Free Trade Agreement?’ or ‘What do you think about the bilateral relationship with Mexico?’ or ‘How do you think that Canada, Mexico, and the United States work together?’ probably you’d get, 'Well, it doesn’t matter.’ Well, it does matter, and it matters hugely.”

“You look around the world and there’s friction between the next door neighbor[s]... Here, we have a family, and we’re working together. We share investments, tourism, and trade and it’s something we need to hold on to. But if we’re to hold on to it, we need to educate the American people about exactly what is at stake.”

“[There are] a lot of examples about Mexican investments in the U.S. and how that is positive for the U.S., but we need more U.S. companies speaking out, and speaking frankly, and sharing stories.”

“Now, we see the U.S. as our ally, our friend, our partner, as a BFF, as some people would say – and suddenly our BFF unfriends us… I think Mexicans are in shock, like ‘What? What happened? We’re friends. We have to get along. All that complicated history is in the past. We need to get along now more than ever.’ So there is like a disbelief, a misunderstanding.”

“We really aren’t like neighbors because… neighbors can move if you don’t like who’s living next door. We’re much more like family – and a dysfunctional family at times, at that, where you fight and you argue at the dinner table, but in the end, you’re stuck with each other, and actually, you love each other. And sometimes we need an intervention, but we need to work it out.”

“I do think that – as has been the case for a very long time – governments are inevitably behind the trends that their societies advance, and we are seeing a period of that yet again. I think Ambassador Hills will probably agree that when we negotiated NAFTA, as difficult as it was, we were in some ways codifying what existed, because forces in the economy and society had already pushed that relationship forward. I think right now, when we’re trying to update it, we are doing so cognizant that there really is no way back.”

Please Note: This event will take place at the Migration Policy Institute. 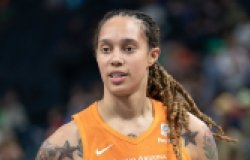