On October 7, 2012, Venezuelans will go to the polls to elect a president for the next six-year term.  The election pits current President Hugo Chávez, who has held office since 1998, against Henrique Capriles Radonski, the opposition candidate chosen in a February 2012 primary.  Not since President Chávez was first elected has there been so much uncertainty about Venezuela’s future, not only because of the unknown severity of his illness with cancer, but also because the opposition’s unity around a single candidate has made the election competitive as never before.

In light of the importance of this election for Venezuela as well as for Latin America as a whole, the Woodrow Wilson Center’s Latin American Program and IDEA Internacional commissioned two renowned Latin American experts with vast knowledge of and experience with electoral processes, Dr.José Woldenberg, former president of Mexico’s Federal Electoral Institute (IFE) and professor, Political Science Faculty, Universidad Nacional Autónoma de México (UNAM); and Dr. Genaro Arriagada, former minister of the presidency of Chile and former ambassador of Chile to the United States, to visit Venezuela and prepare a report.

This report, available in its entirety in Spanish, wish Spanish and English language executive summaries seeks to answer questions such as:

On September 7th, the Wilson Center was pleased to host the report's authors, joined by Dr. Jennifer McCoy, director of the Americas Program, The Carter Center, and professor of political science, Georgia State University, for a discussion of the report's findings.  Amongh the most key finding are:

Reliability of the Electoral Process: The electoral system has undeniable strengths and is technologically very advanced.  If it functions adequately, it ensures that aspects fundamental to the monitoring and oversight of the electoral process—by parties, citizens, and observers—are transparent.  One essential flaw is the politicization of the National Electoral Council, which explains why it is so unenthusiastic about exercising some of its regulatory functions, especially with respect to the abuse of official publicity.

Conditions of Competition: the greatest weakness of the process lies in the inequitable conditions of competition.   Media coverage is not even moderately balanced.  Campaign financing is particularly opaque, although it is clear that the overwhelming majority of spending is by the government candidate.  The government’s social programs, the so-called missions, are considered to be a decisive element in President Chávez’s support among vast sectors of the population, especially the poor.

Polarization: The existence of two major electoral blocs is one indication of the deep polarization. On the government side, politics is experienced as a kind of “revolutionary gesture” in which adversaries appear as irreconcilable enemies, agents of foreign interests, or defenders of unmentionable minority interests.  The opposition has made efforts to temper polarization, emphasizing the need for unity.  Although the government and opposition embody two different languages, two different conceptions, two opposing ideas unable to forge common ground, the Constitution nonetheless represents a form of common ground, 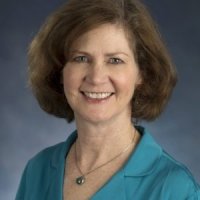